Would You Swap Bodies with a Friend?

Our sense of self is usually associated with our beliefs, perception, community, behavior, and our bodies. A recent study looks into how much that sense of self is linked to our bodies and how that perception changed when pairs of friends swapped bodies, theoretically. 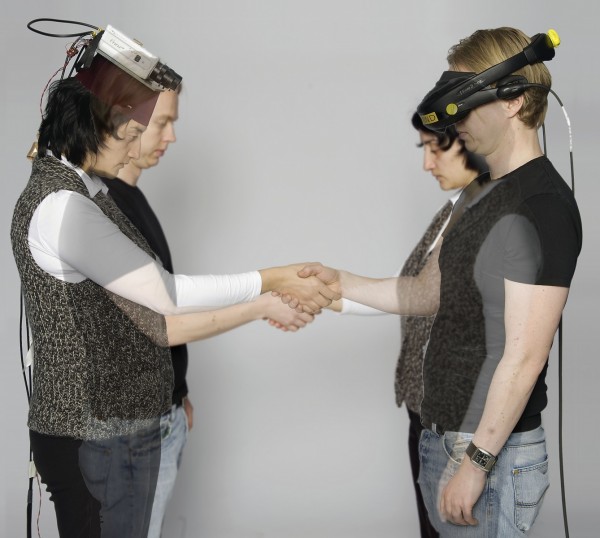 The study by a team of Swedish researchers published their paper in the journal iScience. Using a perceptual illusion, their results suggest that memory and other cognitive functions can change when people's mental concept of themselves doesn't match their physical body. Being placed in another person's body could cause one's memory to become impaired, according to the study.

Pawel Tacikowski, one of the researchers from Karolinska Institutet, shared that waking up in someone else's body was something he liked to imagine as a child. 'Many kids probably have those fantasies, and I guess I've never grown out of it -I just turned it into my job.'

Alongside a team by Henrik Ehrsson and the Brain, Body, and Self Laboratory, pairs were given goggles that showed life feeds of their friend's bodies from a first-person perspective. The illusion of swapping bodies with their friend also included simultaneous touches from both people so they could feel what they saw in the goggles, similar to the four-dimensional movie.

Moreover, the researchers experimented with what their reactions would be if they were threatened with a prop knife as they were in the swapped bodies illusion. They observed that the friend would break out into a sweat out of fear as if it were their own body. Tacikowski shared that body swapping was no longer 'a domain reserved for science fiction movies.'

Before the illusion, the pairs of friends rated each other's traits such as personality types, mannerisms, and behaviors. Then, for a brief moment at the beginning of the perceptual illusion, the participants felt as if they had woken up in another body and altered their self-perception significantly. Afterward, they started rating themselves more like their friend whose body they had swapped with.

Read Also: Episodic and Semantic Memory and Their Use in Learning

Memory was also significantly impacted and generally decreased in performance. Tacikowski explained that 'there is a well-established finding that people are better at remembering things that are related to themselves.' Interfering with their self-representation would most likely impair their memory.

The team's theory was correct as the participants scored worse on memory tests after the body swap. Also, there was a significant trend that associated those who fully embraced the body and personality of their friends as their own did better on the tests than those who felt disconnected from their own bodies. The decreased amount of 'self-incoherence,' explained the team, meant that their own mental and physical representations of themselves remained aligned.

The research can be useful to treat psychiatric disorders such as depersonalization disorder and schizophrenia, where people feel a disconnect between their bodies and mind, as well as depression. Tacikowski said that their research shows how 'the self-concept has the potential to change really quickly, which brings us to some potentially interesting practical implications.'

Dealing with disorders like depression involves negative beliefs about one's self. 'If you change this illusion slightly,' said Tacikowski, 'it could potentially make those beliefs less rigid and less negative.' The team hopes that their research can be developed for clinical applications and behavioral treatments.

Read Also: Scientists Use Brain-Computer Interface to Study How Memory is Recorded as We Sleep, First Time in History

Check out more news and information on Schizophrenia and Memory on Science Times.