A crater 165 feet deep in the Russian Arctic, first discovered back in July, was believed to have been caused by the explosion of a methane gas buildup.

According to local news outlet Vesti Yamal TV, the gaping hole was first spotted accidentally by a TV crew flying over Russia's northwestern Yamal Peninsula, back from an unrelated business trip in July. 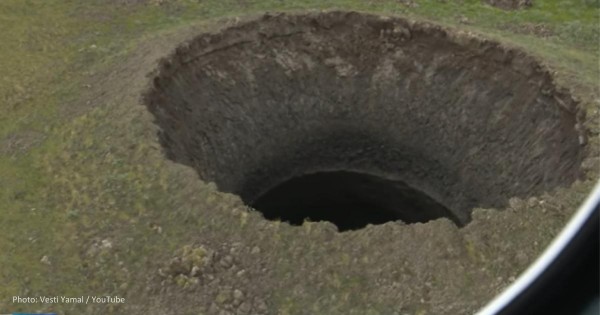 A Crater "Striking in its Size and Grandeur"

Scientists who were working on the crater reportedly found huge chunks of soil and ice hundreds of meters from the epicenter. According to the Russian news site, it was a hydrolaccolith crater - a hole in the ground made after a mound of ice explodes.

"This object is unique. It carries a lot of additional scientific information, which I am not yet ready to disclose," said Vasily Bogoyavlensky, a Doctor of Technical Sciences and Corresponding Member of the Russian Academy of Sciences. He added that the crater is "the subject of scientific publications," requiring analysis and building of three-dimensional models. 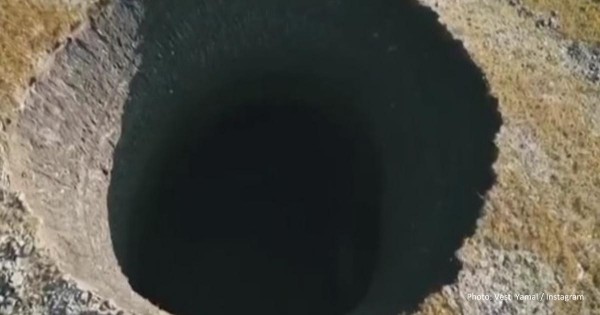 RELATED: Scientists Discovered A Trace Of Methane Explosion In Arctic 12,000 Years Ago

It was declared to be the seventeenth crater that has been discovered, studied, and documented in Yamal since 2014, and is believed to be the largest so far. The first crater discovered in the region has given rise to several conspiracy theories. Scientists studied these craters six years ago to put all the "fantastic scenarios of the origin of giant craters" to rest.

In 2017, scientists observing the Yamal craters were able to understand more about these phenomena after seeing the Seyakhinskaya Funnel. Professor Bogoyavlensky explained that gas-saturated cavities form inside the permafrost—a void inside the ice, filled with pressurized gas. These accumulations pierce its permafrost casing, forming the cylindrical funnel some 50 meters deep and with circular contours on its surface. The new crater called object number 17, was not only large in dimensions but was also noted by Prof. Bogoyavlensky for its "preservation for further study."

Comparing the new Yamal crater to a previous one, Evgeny Chuvilin said: "We worked in the south of Yamal three years ago. Yerkutinsky crater." The lead researcher from the Skolkovo Institute of Science and Technology (SkolTech) added that the Yekutinsky crater was smaller, describing the newfound crater to be "striking in its size and grandeur."

"These are the colossal forces of nature that create such objects," Chuvilin added.

While it was not explicitly mentioned whether Object Number 17 was also caused by the permafrost thaw, the steady thinning and melting of the "permanently frozen" earth has been monitored and studied by different teams across the world.

In 2017, Russian news agency TASS also reported that about seven thousand gas pockets were found under the earth and permafrost of the Yamalo-Nenets Autonomous Okrug (YNAO), the federal subject covering Yamal where crater number 17 was found. The gas bubbles were found both during expeditions and during space imaging projects.

Aside from gas bubbles forming mounds and possibly leading to explosions, scientists are also concerned about the microbes that had been encased inside the permafrost. With the ice melting and thinning, microbes such as the Carnobacterium pleistocenium, which has been frozen during the Pleistocene period, have been found again in the melted ice.

Check out more news info about Permafrosts only on Science Times.