NASA is tracking a huge asteroid called 465824 (2010 FR) that is 270m wide or twice the size of the Great Pyramid of Giza as it is hurtling towards Earth at 31,400mph. The asteroid is set to hit the planet's atmosphere next week, September 6. 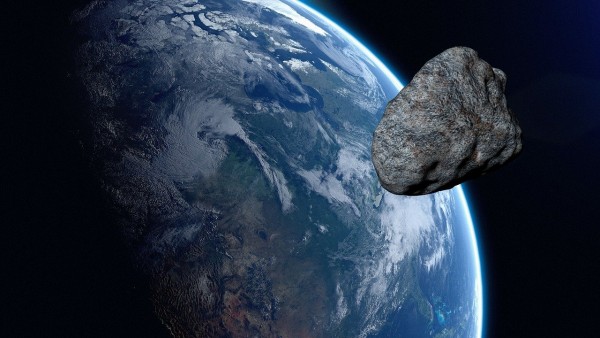 (Photo: Pixabay)
An Asteroid Twice the Size of the Great Pyramid of Giza is Set to Hit Earth's Atmosphere Next Week

The US National Aeronautics and Space Administration (NASA) has called the upcoming asteroid as a Near-Earth Object which means that it is 1.3 astronomical units (AU) from the Sun, wherein one AU is the standard distance of Earth from the Sun.

Fortunately, despite is gigantic size, the experts said that there is nothing to worry about as the giant space rock is no threat to human life.

Scientists from the Center for Near-Earth Object Studies (CNEOS) said that the asteroid was first spotted in 2010. It was categorized as an Apollo asteroid as it has crossed the Earth's orbit.

Scientists have been keeping track of over 2,000 asteroids and comets that may threaten Earth ever since a space rock as big as a car has zipped past Earth in early August which scientists described as the closest flyby in history.

NASA confessed that they did not see the space rock coming when it did a near-miss that took within 1,830 miles (2,950 kilometers) to Earth on Sunday.

Dr. Paul Chodas from NASA said that the asteroid approached undetected from the Sun's direction in which they failed to see it.

Now known as the 2020 QG, the Palmar Observatory in California first detected the asteroid after six hours it flew over the Indian Ocean at 5:08 AM BST on August 16. Luckily, the asteroid poses no threat to Earth at a distance between 6 feet and 18 feet which is a little larger than the size of an average sedan.

Since that incident, NASA has been tasked to locate 90% of asteroids and comets that could possibly harm Earth in the future. They have identified "killer asteroids" which are approximately 460 feet across or larger and are easier to spot at a distance.

At about 27,000mph, 2020, QG's speed and size were calculated using the photographs taken by the Zwicky Transient Facility located in Palomar.

Difference Between Asteroid, Meteor, and Comet

Asteroids, meteors, and comets are all space rocks. However, they are not all the same as they can be different in some ways.

An asteroid is a small rock that orbits the Sun mostly found at the asteroid belt between Mars and Jupiter although some can be found anywhere, including a path that can threaten the Earth.

Meanwhile, a meteoroid is formed when two asteroids hit each other. The chunks formed in this collision are called the meteoroid.

But when it enters the atmosphere of the Earth, it becomes a meteor as it begins to vaporize, which makes it look like a streak of light in the sky because the rock is burning.

In cases when the meteor does not vaporize and survives the atmosphere, it lands on the Earth's surface in which it becomes a meteorite.

On the other hand, a comet is like an asteroid that orbits the Sun. The only difference is that comets are not mostly made of rock but rather with ice and gas. This results in the formation of amazing tails as the ice and gas vaporize.

Read More: An Asteroid Is Moving Towards Earth on Election Day Eve

Check out for more news and information on Asteroids on Science Times.