The FAA approval gives Amazon privileges that will better allow the company to "safely and efficiently deliver packages to customers." Amazon's Prime Air delivery drone fleet certification is detailed under FAA regulations Part 135, which specifies requirements for package deliveries by drone. Under the Part 135 certification, Amazon is now authorized to use its  "to carry the property of another for compensation beyond visual line of sight." 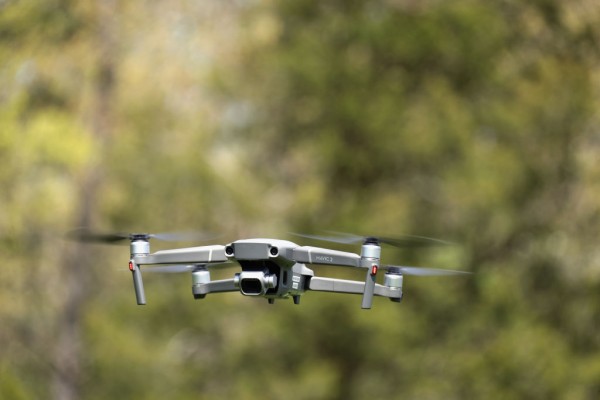 (Photo: Photo by Bruce Bennett/Getty Images)
BETHPAGE, NEW YORK - MAY 07: A drone flies in the skies over Bethpage State Park on May 7, 2020, in Bethpage, New York.

Amazon has been developing its delivery drones since 2013 with the goal of delivering packages at the customer's doorstep within 30 minutes. By August 2019, the company was already well underway to a certification, with a petition pending FAA approval.

During its 2019 re:  MARS in Las Vegas, Nevada, Amazon debuted their latest electric delivery drones - one that can carry a maximum payload of 5 pounds to customers, traveling up to 15 miles and completing the delivery in less than 30 minutes.

"This certification is an important step forward for Prime Air and indicates the FAA's confidence in Amazon's operating and safety procedures for an autonomous drone delivery service that will one day deliver packages to our customers around the world," said David Carbon, Prime Air Vice President. He reiterated Amazon Prime Air's commitment to developing its technology to "fully integrate delivery drones into the airspace." Amazon's air fleet team is set to work together with the FAA to realize its 30-minute delivery goals.

With the FAA Part 135 certification, Amazon said that it will start with customer deliveries. The multinational tech company explained that it went through rigorous training, submitted detailed documentation of its drone delivery operations' safety and efficiency - even demonstrating their tech to FAA inspectors.

The first phase is the pre-application, where the interested party expresses interest and requests access to the FAA Safety Assurance System (SAS) External Portal. The first phase will also encourage the applicant to take their SAS training course. It is followed by the Formal Application phase, covering the submission of a list of requirements to the FAA certification team.

For the third phase, the FAA team conducts a Design Assessment study - reviewing the manuals and documents submitted to ensure compliance with regulations and safety practices. After passing the third phase, it is followed by a performance assessment test before issuing the operations specifications and the certification to the applying party.

RELATED: What to Sell on Amazon?

Aside from Amazon, there is another tech giant working to move into the commercial drone delivery market. Alphabet, Google's parent company, was the first company to secure approval from the FAA for commercial deliveries via drones in April 2019. Also, UPS won an FAA approval last October 2019 to operate its fleet of drones as an airline - flying at night and carrying cargo heavier than 55 pounds.

Check out more news information on Drones in Science Times.