The National Aeronautics and Space Administration (NASA) is looking for the next class of its flight directors - who will lead its upcoming human spaceflight missions - in a press release Tuesday, September 1.

NASA has opened its doors to interested individuals who will take on the role of flight director as a part of its mission control at the Johnson Space Center in Houston, Texas. The space agency's acceptance for applicants will begin on Thursday, September 3, and will last for a week until next Thursday, September 10. US Citizens can apply through its USAJobs link - the government website for civil service job opportunities. 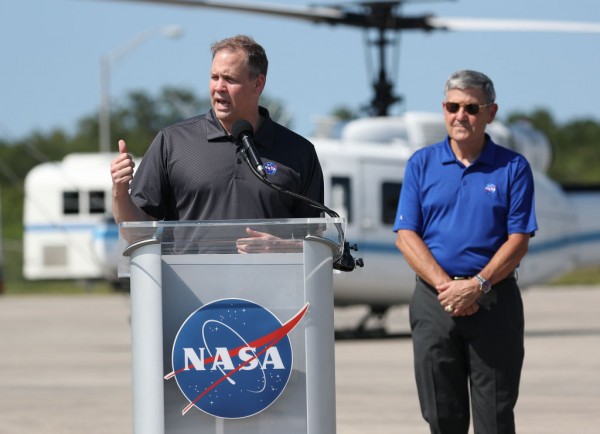 Ever dream of calling Mission Control your office?

Chosen candidates will be expected to lead the next generation of human spaceflight missions to the International Space Station (ISS). The space agency is looking forward to its new directors to guide its upcoming teams of American astronauts that have begun to launch into space using American rockets, from local soil to the international orbiting laboratory.

The US is close to celebrating twenty years of "continuous human presence" on the ISS, starting with William "Shep" Shepherd's October 31, 2000 mission that saw the American space veteran leave Earth for the ISS to serve as its first commander.

RELATED: The 9th ISS R&D Conference Is Opening This Week, but This Year's Setup Is Different

Among the teams that fall within the flight director's sphere of responsibility are those of researchers, engineers, flight controllers, and a number of support personnel - an interdisciplinary team making critical real-time decisions that could spell the difference between the success and failure of future space missions. More importantly, flight directors are expected to call shots that will keep NASA astronauts safe in doing their job.

One of the responsibilities, as listed in its job posting, includes making "decisions during spaceflight missions" and managing "crew, vehicle, launch and ground resources to ensure crew and vehicle safety.

"NASA flight directors need a unique mixture of confidence and humility, innovation and organization," said Chief Flight Director Holly Ridings at the Johnson Space Center in the press release. She added that the situations flight directors face are "occasionally very tough, and the stakes are always very high."

To apply for the NASA Flight Director position, candidates must first be US citizens possessing a bachelor's degree from any accredited institutions in the following fields: engineering, physical science, biological science, computer science, and mathematics.

Additionally, related and progressively responsible professional experience is required. NASA will also look for previous roles involving time-critical decision-making in "high-stress, high-risk environments." Also, while not necessarily a requirement for the position, the NASA press release has noted that several flight directors at the agency previously worked as NASA flight controllers.

After announcing their next class of NASA Flight Directors later this fall, they will have to undergo extensive training on flight control and spacecraft systems. They will also be trained in operational leadership and risk management.

Additional job openings for all candidates as well as NASA employees can be found through the agency's careers webpage.

According to the USA Jobs posting, the flight director opening ranges from General Schedule (GS) 14 to 15, with the annual salary from $123,957 to $170,800 per year. Relocation and teleworking are possibilities, depending on NASA policy.

Check out more news and information about NASA on Science Times.