The 9th ISS R&D Conference Is Opening This Week, but This Year's Setup Is Different

NASA Administrator Jim Bridenstine will be opening this year's conference, with the theme "From Vision to Discovery," emphasizing how the past can help guide the future. The ISSRDC is going virtual this year, with the events spread over three nonconsecutive days—but all falling on Thursdays—starting this August 27, followed by a session on September 17, and the last being on October 22.

An Annual Conference for the Latest ISS Tech

According to NASA, the event is the only conference that explores in detail the full breadth of research and development currently underway on the orbiting laboratory, including future research to span the life of the ISS.

On the first Thursday of the ISSRDC, the session will focus on the space administration's commercialization initiative and updates from its leadership. The opening plenary session is also set to include a discussion regarding the evolution of the ISS US National Laboratory. Among the speakers set to appear on the August 27 session are Kathy Lueders, NASA's Human Exploration and Operations Mission Directorate Associate Administrator, and Dr. Thomas Zurbuchen, NASA Science Mission Directorate Associate Administrator.

Day one of #ISSRDC is only a few days away. It will feature NASA leadership providing updates on the future of @Space_Station research. Check out the speakers and sessions for this year's virtual event and start planning your agenda. https://t.co/1HSs8AF70c pic.twitter.com/zDzid2cyyl — ISS Research (@ISS_Research) August 24, 2020

The September 17 session will tackle business trends that affect the space station. Professor Alessandro Grattoni from the Houston Methodist Research Institute Department of Nanomedicine and Professor Aleksandar Ostrogorsky from the Illinois Institute of Technology's Mechanical and Materials Engineering Department will discuss how the ISS moves closer towards commercial applications.

For the third plenary day of the ISSRDC, NASA's press release announces that it will "touch on a myriad of science and educational activities." The session will focus on 20 years of student investigations enabled by the international space station. Keynote speakers for the third day include Mayo Clinic Director of Transfusion Medicine and Stem Cell Therapy Abba Zubair, New York Stem Cell Foundation Senior Research Investigator Valentina Fossati, Quest Institute's Danny Kim, and Genes in Space Lead Katy Martin.

The full schedule, including the list of speakers and moderators, can be found on the ISS Conference website.

The ISS is a modular space station and a habitable artificial satellite hovering in the Earth's orbit first launched on November 20, 1998. It started as a collaborative effort between the space agencies of five nations: United States (NASA), Russia (Roscosmos), Europe (ESA), Japan (JAXA), and Canada (CSA). 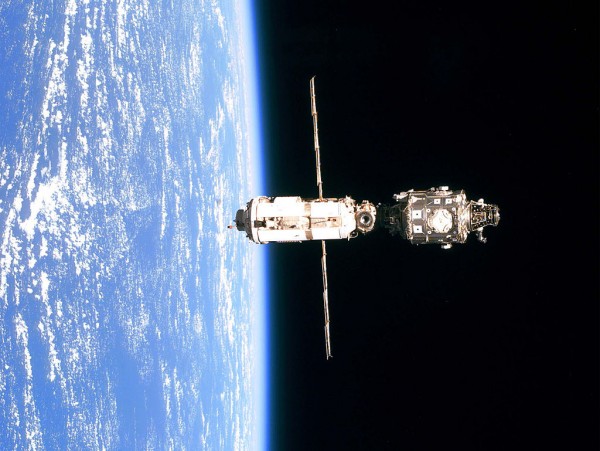 (Photo: Nasa/Getty Images)
he International Space Station (ISS) is Backdropped Against The Blue And White Horizon Scene Of Earth And The Blackness Of Space Following Separation From Discovery June 3, 1999.

Since it was launched into space, the ISS has become a space environment and a microgravity research platform for different countries—conducting studies in various fields including astrobiology, meteorology, physics, chemistry, and more. This coming November, according to NASA, its international and commercial partners will be celebrating the 20th year of having humans continuously live and work at the ISS.

RELATED: SpaceX, NASA On the Lookout Before Endeavor Splashdown

Since 2000, it has already accommodated 240 people from 19 countries, across almost 400 flights. Among the achievements by the space environment and microgravity lab include hosting more than 3,000 research inquiries designed by researchers from more than 100 countries.

Check out more news and information on Space and other NASA Missions on Science Times.