Renewable and sustainable energy include solar energy, wind power, nuclear energy. Another form of energy to replace fossil fuels is hydrogen gas. Hydrogen gas is formed from the splitting of water molecules. 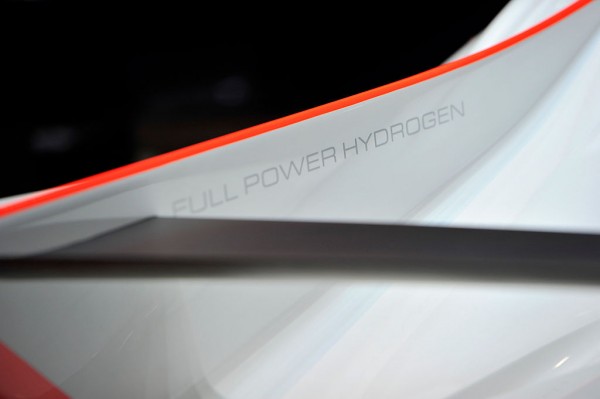 A team from the Virginia Tech College of Science has been studying how to split one oxygen and two hydrogen atoms to create oxygen gas and hydrogen fuel. Their findings have been published in the journal Nature Catalysis describing a new technique of splitting water using a catalyst.

Feng Lin from Virginia Tech leads a team that is focusing on energy conversion and storage. The team has focused on catalysts or substances that speed up chemical processes without being altered. A catalyst can increase the rate of a chemical reaction by decreasing the amount of energy the process requires.

Although water is only composed of three molecules, the splitting process is complex. At the Lin Lab, scientists have been able to move a single electron from a stable atom. The energy-intensive process results in hydrogen gas and safe or oxidized oxygen that is breathable and non-toxic.

The process requires the transfer of four electrons, explained Lin, which needs to have a higher electrochemical level so that the chemical reaction is not 'sluggish.' Long-term efficiency and catalyst stability were the main challenges the team faced since higher energy was required for efficient water-splitting.

The lab uses a catalyst called mixed nickel-iron hydroxide (MNF) to reach the high energy needed for splitting water and lower the threshold at the same time. However, the high reactivity of MNF to water splitting gives the catalyst a short lifespan, and its catalytic performance quickly decreases.

The researchers discovered a new technique for the process of water splitting by reassembling the original state of MNF. Lin also suggested using salt water since it is abundant on the planet, but for the research, the team used freshwater.

In the early 1900s, Thomas Edison also used MNF to create batteries made of nickel and iron. At the time, the formation of oxygen gas during his nickel hydroxide experiments was bad for batteries. In splitting water, producing oxygen gas is one of the goals.

Chunguang Kuai, Lin's former student, explained that scientists had discovered long ago that adding iron to nickel hydroxide plays a key role in enhancing the reactivity of splitting water. 'Under the catalytic conditions,' said Kuai, 'the structure of the pre-designed MNF is highly dynamic due to the highly corrosive environment of the electrolytic solution.'

MNF limited the water-splitting process, so the team rebuilt the catalyst. Synthesizing MNF into thin sheets also enabled the team to reassemble the catalyst easily.

Synchrotron X-ray measurements were taken at the Stanford Synchrotron Radiation Lightsource of SLAC National Accelerator Laboratory and the Advanced Photon Source of Argonne National Laboratory. X-ray imaging also allowed them to observe the entire process. They could easily see how the metal iron went through dissolution and redeposition chemical reactions, said Kuai.

Lin shared that X-ray spectroscopic measurements allowed the team to study how the metal ions individually behave when they combine to form clusters composed of different chemical compositions. The study has opened the door for more electrochemical energy research, such as developing zinc-air batteries.

Read Also: Development of Solar Energy Gets a Boost With Molecules That Produce Hydrogen for Alternative Energy

Check out more news and information on Hydrogen on Science Times.