People with Anxiety Disorders May Have Thyroid Inflammation

A new study has linked anxiety disorder with thyroid autoimmune inflammation. New research is being presented at the European Society of Endocrinology's e-ECE 2020 digital congress.

Dr. Juliya Onofriichuk from Kyiv City Clinical Hospital in Ukraine and her team discovered that people with anxiety may have inflammation in the thyroid gland. This can be treated with ibuprofen, a non-steroidal anti-inflammatory drug. 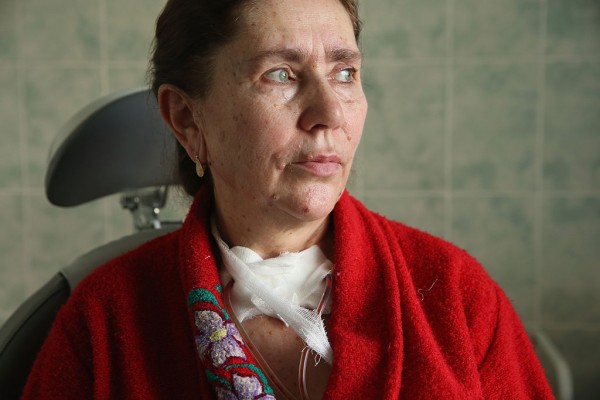 The team's research suggests that the thyroid can help indicate the development of anxiety disorders. Thyroid inflammation can also be an underlying factor for other psychiatric disorders.

Anxiety, which can range from mild to severe conditions, disables up to one-third of people in developed nations between 25 and 60 years old. The disorder can affect people's ability to work or study, health, relationships, and other factors.

Treatment for anxiety usually focuses on the nervous system such as emotions, brain function, and anti-anxiety medication that target hormone production. The endocrine system, which the thyroid gland is part of, is not typically taken into account with diagnosing anxiety disorder.

The thyroid gland also produces hormones that regulate digestion, muscles, brain development (especially during the early stages of development), bones, and the heart. When the body produces the wrong antibodies that attack the thyroid gland, it cases autoimmune inflammation and damage.

In the study, 29 men and 27 women participated who were all diagnosed with anxiety and experienced panic attacks. Although their thyroid functions were not affected, their ultrasounds showed signs of inflammation.

Their thyroid hormone levels were slightly elevated as well and tested positive for antibodies that were attacking the gland. For two weeks, the participants were treated with ibuprofen twice daily which helped reduce their anxieties and thyroid inflammation as well as normalized hormone levels in the gland.

Dr. Onofriichuk said that their 'findings indicate that the endocrine system may play an important role in anxiety. Doctors should also consider the thyroid gland and the rest of the endocrine system, as well as the nervous system when examining patients with anxiety.'

Since other hormones such as testosterone, estrogen and adrenal hormones are also factors of anxiety and other psychiatric disorders, Dr. Onofriichuk and her team need to conduct more research. Understanding the role of the endocrine system in anxiety could help develop better management of anxiety disorders. The authors wrote, 'All patients with anxiety disorders need to check the function of the thyroid gland since its disorders can lead to psycho-emotional disorders.'

Read Also: Online vs. In-Person Classes: A Look Into Anxiety in Teens

Check out more news and information on Anxiety on Science Times.