Is China Building World-Class Military to Match the US?

These present advances of the Chinese air force prove to be a significant concern for the war planners in the United States. 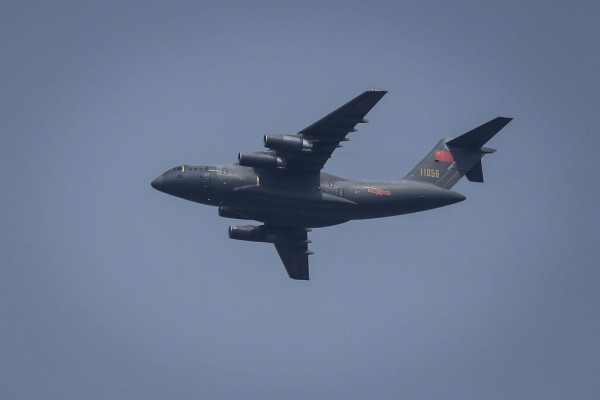 (Photo: Getty Images)
BEIJING, CHINA - OCTOBER 01: Planes from the Chinese People's Liberation Army (PLA) air force fly in formation during a massive parade to celebrate the 70th anniversary of the founding of the People's Republic of China October 1, 2019, in Beijing, China. (Photo by Wang He/Getty Images)

According to some reports, China now holds the largest naval force in the world and is now attempting to increase their nuclear warhead stockpile in the next decades.

At the same time, China also holds the third-largest air force in the world with a total of 2,500 aircraft, says the Pentagon in the 2020 China Military Power report. The report also noted that China has a highly advanced, Russian-built S-400 and S-500 air defenses.

The US threat assessors said that the size of the Chinese Air Force is not the concern but on how it operates, such as the increasing technical sophistication and multi-mission tactics considered to be the best in the world.

Moreover, China's fast-increasing range in its air force is another concern with the Y-20 cargo plane being reconfigured into a tanker aircraft that nearly doubles China's fighter jets' attack range. Technically, converting the Y-20 into a tanker airplane is not impossible to do so.

It enables a potential attack on Taiwan and other areas of the South China Sea from the mainland. With an expanded combat radius, they will be able to increase surveillance options and enable long dwell time for fighter jets to search for targets in Taiwan's skies. It will also significantly improve China's power-projection capabilities because of its longer-range and more expansive combat missions from the ocean.

By the ongoing efforts of China to engineer a carrier-launched variant of the J-31 stealth fighter for domestic use, they further strengthen this possibility and bring stealthy 5th-generation attack possibilities to maritime warfare.

These are just some of the reasons why the US Air Force continuously seeks accelerated modernization and large size increases for its military force. Senior Air Force leaders are concerned that the air force is aging and need revamped sustainment efforts. However, they fail to meet the requested mission demands of combatant commanders deployed around the world.

The Air Force continues to ask for increased squadron size for up to 386 squadrons that they were requesting several years ago.

Sustainment Activities in the US Air Force

There are many impactful ongoing sustainment activities that the US Air Force is doing, although many believe that current efforts are not enough to meet that threat. For example, they continue to revamp the F-15 with new weapons, high-speed computer systems, and radar to ensure that it can stay in front of the Chinese 4th-generation J-10 despite its age.

Moreover, the US Air Force has recently completed software upgrades in the F-22 weapons to improve its range, guidance, and accuracy. They are also reconfiguring the wing boxes of its C-130 fleet and have made an upgrade on the B-2 bomber, which they claim is more advanced now than it was before.

But despite these efforts, Air Force weapons developers said that none of this removes the need for new weapons and platforms as soon as possible to be ready against any threat.

Read More: Spacepower is a New Military Might, According to the US Space Force Doctrine

Check out more news and information on US Military on Science Times.