The Gut Microbiome and Genes Can Alter in Space

In space, astronauts are faced with five main hazards according to NASA including distance from Earth, isolation, gravity, hostile enclosed environments, and radiation. There has been evidence that during spaceflights, especially long-term missions, the gut bacteria changes and may result in health risks. To endure the harsh conditions of outer space, astronauts are required to exercise so that their muscles and bones won't deteriorate. 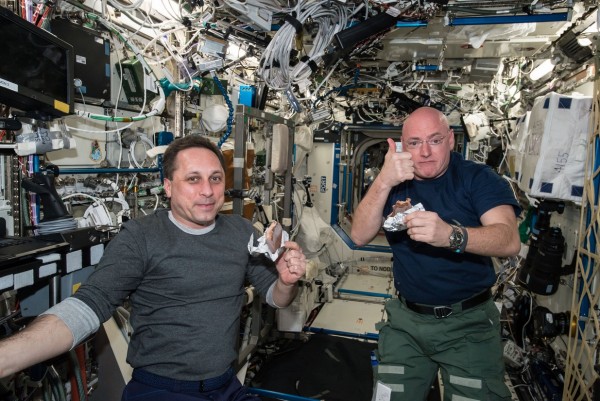 In recent years, people have been paying more attention to how gut microbiota plays an essential role in overall health from digestion to brain activity. While a healthy, balanced diet and other factors such as exercise helps maintain the gut microbiome, space has more complications.

The gut microbiome is also responsible for maintaining the immune system and protecting the body from harmful infections and diseases. It also triggers the body's responses to treatment and hormones affecting moods and emotions.

However, environmental stressors and other factors can disturb how the gut microbiome functions where dysfunction is called dysbiosis. This microbial imbalance weakens the body's defenses against disease and infections.

The harsh environment in space can cause astronauts to feel nauseous and reduce the appetite which disrupts the gut microbiome. Eating less can result in malnourishment, increasing the chances of developing an infection, altered mood, and a weakened immune system. Dysbiosis can also affect cognition and psychological health.

Gastrointestinal conditions that astronauts develop include constipation and diarrhea. They may also experience respiratory issues, skin irritation, and inflammation, as well as anxiety and depression.

Samples of astronaut microbiome before and after flights have shown changes not only in intestinal microbiota but in oral and nasal as well. The changes were most evident in long-term missions ranging from six months to one year on the International Space Station (ISS).

There was evidence that the gut microbiome of space crew members had decreased levels of bacterial associated with fighting inflammation. There were also changes in pro-inflammatory bacteria that increased signaling molecules.

Read Also: How Does Bacteria Behave in Space?

Genes also seemed to alter in space, according to the NASA Twins Study. Scott Kelly's genes, the first American astronaut who spent almost one year aboard the ISS, were compared to his twin brother, Mark, who was on Earth.

After Scott's long-term mission, there were 9% of long-lasting alterations to his genes while 91% of changes went back to normal when he returned to Earth. Changes included bone structure, damaged DNA, and changes in the immune system.

His cognition remained unaffected in space, such as emotions, special orientation, and alertness. Back on earth, his speed and accuracy declined for about half a year.

After a microbial analysis, probiotic levels decreased, which may be party responsibility for changes in Scott's immune system. It was only after some time back on Earth that his microbiome readjusted to the same state before he left for space. Researchers concluded that space food, which is freeze-dried, also plays a significant role in gut microbiome alterations.

Read Also: Scientists Find That Gut Bacteria Can Improve Memory in Yet Another Breakthrough Study About Probiotics