The Uniphi Space Agency, founders of the National Astronaut Day back in 2017, has launched "The Virtual Astronaut" - a live series featuring astronauts.

A ticket will be required to attend each live talk, which promises a unique take on the rare experience of leaving Earth and working in space hundreds of miles above sea level. The event offers virtual "meet and greet" opportunities involving real astronauts.

"Each individual event discussion is selected by and personally crafted by astronauts, and will cover a wide range of topics including significant space exploration milestones," the Uniphi Space Agency said in a statement. The topics will reportedly include mainstream trends, education topics for STEM and STEAM (Science, Technology, Engineering, Art, and Mathematics). 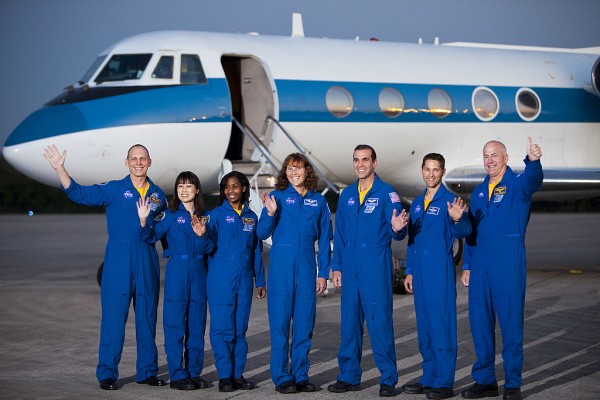 Attendees of the event will be treated to personal stories, experiences, and memories, from astronauts who have actually worked outside Earth's atmosphere.

Each session is priced at $20, with a part of the proceeds going to a charitable organization chosen by the astronaut. An even more special "Astronaut Meet 'N' Greet" package, for an additional $75 will give guests a one-on-one virtual session with an astronaut of their choice. Those who avail the add-on package will also receive a personalized photo keepsake with an autograph. Uniphi also offers group rates for schools and other charitable organizations who wish to participate in the event.

The Virtual Astronaut will kick off with a session from Clayton "AstroClay" Anderson, retired NASA astronaut and a veteran of both Space Shuttle and International Space Station missions. Clayson will also celebrate the release of his new children's book, titled "Letters from Space," on September 15, 7 PM EDT. His weird science and wild facts will permeate the debut episode of the Uniphi virtual series. A part of the proceeds from this episode will include Reading is Fundamental, an American nonprofit founded in 1966 that aims to address the literacy problem in the US.

According to a post on The Virtual Astronaut webpage, the program was initially developed "in response to current events, and as a solution to the increase in postponed or canceled meetings." Their post also noted that in these uncertain times, "Astronauts are incredible motivational speakers and appeal to a wide range of audiences."

The program, an expansion of their business offerings, aims to encourage organizations not to overlook the importance of external speakers in engaging and motivating teams.

Additional schedules, and details for purchasing tickets, can be found on the space agency's website. The exclusive sessions will include NASA veteran Pam Melroy discussing the history of the International Space Station, and a select panel of ISS veterans will talk about 20 years of continuous human occupancy on the space station.

RELATED: The 9th ISS R&D Conference Is Opening This Week, but This Year's Setup Is Different

In their website, the Uniphi Space Agency has also embedded a special track playlist from the streaming platform Spotify. Titled, "Astronaut Space Jams: Soundtrack of Space," the 22-track playlist featured songs personally chosen by the participating astronauts, plus space-themed songs. Songs in the listed range from The Beatles' "Here Comes The Sun" to Frank Sinatra's classic "Fly Me To The Moon."

Check out more news and information on Astronauts on Science Times.