During the pandemic, some animals kept in captivity for years had been finally freed like the elephants in Thailand and NASA detected new populations of penguins in Antarctica. Despite some good news, the Living Planet Report 2020 from the World Wildlife Fund and Zoological Society of London (ZSL) revealed that there is still a 'catastrophic decline' of wildlife populations. 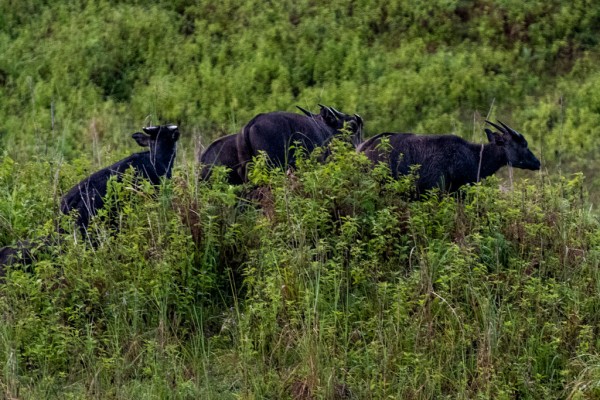 Clearing land and burning forests for agricultural use and urban expansion continues to destroy wild areas, shared Tanya Steele from the WWF. Over-fishing also continues to be a global problem.

She said that humans are still 'wrecking our world - the one place we call home - risking our health, security, and survival here on Earth.' Nature has been in a state of emergency and may be running out of time.

Over 100 international experts contributed to the assessment of global biodiversity and the largest scale of wildlife destruction from human activity ever recorded. The ecosystems analyzed ranged from tropical rainforests to seas and oceans.

The Collapse in Wildlife Populations

Vertebrate wildlife populations have collapsed by more than 66% since 1970. These include endangers species such as polar bears, pandas, and fish species.

Robin Freeman from ZSL said that 'we've spent 10 to 20 years talking about these declines and not really managed to do anything about it.' It's both upsetting and frustrating as experts continue to 'compile these statistics but they have real-life implications.' It is also difficult to 'communicate how dramatic some of these declines are.'

The most alarming declines were recorded in the Caribbean and Latin America with an average drop of 94% in vertebrate wildlife populations. The drastic decline of reptile, fish, and amphibian species were the result of disease, habitat loss, and overexploited ecosystems.

In Africa, there was a 65% fall, and in the Asia Pacific, a 45% drop. In 2019, the United Nations' global assessment report listed one million species at risk. North America had about a 33% population drop while Europe and central Asia both had a 24% decrease in wildlife numbers.

The report also included that nearly 90% of wetlands have been lost since the 1700s. The food and agriculture sector needs to make drastic changes, said Mike Barrett from WWF. He believes that human activity can begin with making regulations 'to get deforestation out of our supply chain straight away.'

Becoming better stewards of the planet mean 'systemic shifts in how we produce food, create energy, manage our oceans and use materials,' said naturalist Sir David Attenborough. Most importantly, it will require a change of perspective for humans. We cannot keep viewing nature as optional or nice, but realize that it is 'the single greatest ally we have in restoring balance to our world.'

Professor Dame Mace from the University College London said that conservation of species will not be enough to make significant changes. 'The food system will be particularly important, both from the agricultural sector on the supply side, and consumers on the demand side.'

Check out more news and information on Endangered Species on Science Times.