While rovers from the United States, the United Arab Emirates, and China are on their way to Mars in search of signs of life, researchers are developing ways for human survival on the Red Planet. Singaporean researchers have recently developed a technology using chitin, an organic substance, which can be used to build shelters and materials needed on Mars. 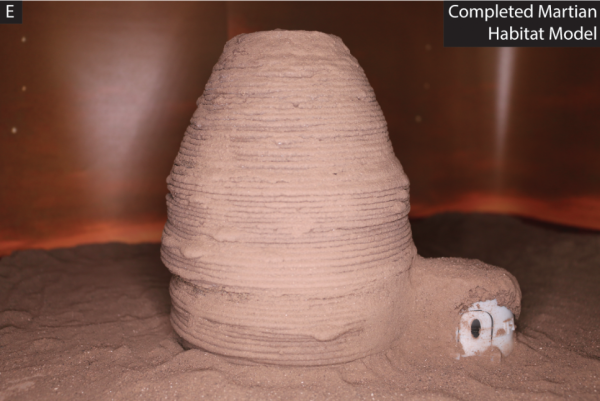 Javier Fernandez and his team from Singapore University of Technology and Design published their study in the journal PLOS ONE. Their research is critical for future space missions to the Moon and Mars which may involve an extended stay in space.

The U.A.E. is already designing a prototype of a future city on Mars. Architects are developing biodomes that can withstand the Red Planet's harsh conditions.

Chitin is one of the materials that can be used to design needed shelter in space, shared the researchers. The organic polymer is a fibrous substance found in the cell walls of fungi, scales of fish and amphibians, as well as in the exoskeleton of anthropods like crustaceans.

The team used bioinspired chitinous manufacturing for the development of an "artificial ecosystem that supports humans in a Martian environment," wrote the authors. Manufacturing shelter materials on Mars would need to be cost-efficient and "the sustainable production of these materials must be contextualized in a Martian ecosystem."

The chitinous material can also be used to design tools. For example, the team constructed a wrench by combining chitosan, derived from chitin, with a mineral that mimics soil on Mars. The demonstration showed that the material can rapidly manufacture objects such as basic tools, and build structures like shelters.

Dr. Fernandez shared that bioinspired manufacturing and sustainable materials are not a substitute for synthetic polymers, but instead, enable technology to define a new kind of manufacturing that synthetic counterparts cannot achieve. "Here we have demonstrated that they are key not only for our sustainability on Earth but also for one of the next biggest achievements of humanity: our transformation into an interplanetary species."

Read Also: Vacation House on Mars? Astronauts to Possibly Use Lava Tubes for Temporary Shelter from Radiation in Upcoming Missions

Since chitin is so abundant on Earth, it can also be used for food production and life support systems. The material can be used for systems ranging from agricultural processes to biological waste.

It can also be used to produce bioplastics since chitosan forms transparent objects similar to plastic. Moreover, noted the study, extracting chitin would not compete with the food supply but is a byproduct of it.

Fernadez said that the technology using chitin was originally designed to create circular ecosystems in urban settings. The researchers realized that the developed technology would be highly sufficient in closed artificial ecosystems such as other planets.

"While scarce resources in an extraterrestrial environment pose extreme challenges to the establishment of a closed ecological cycle that supports human activities, it is conceptually similar to the problem of sustainable development on Earth," the authors concluded. Developing zero-waste solutions on Earth may also be necessary for future developments of a community on Mars.

Read Also: Dubai's Martian City Is Currently Being Built by Architects - Here's an Inside Look