27 Stone Tombs Discovered in One of Egypt's Prominent Necropoli

Egypt's Ministry of Tourism and Antiquities recently reported the discovery of 27 stone coffins, also known as sarcophagi, in Saqqara. Saqqara is known as one of Egypt's pyramid fields and is also a necropolis or a large burial site, which translates to the "city of the dead."

The sarcophagi were found about 36 feet in a burial shaft and had been dated back to nearly 2,500 years ago. Fourteen sarcophagi were discovered recently in additional to 13 found earlier this month. 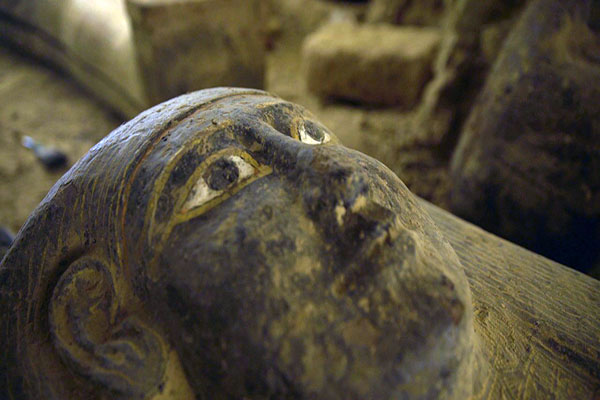 Some of the stone coffins had little damage, were completely sealed, and even retained parts of its original colors. Smaller artifacts were also discovered on the same site, reported the team.

The excavation process is still ongoing to confirm if there may be more coffins and artifacts in the burial sight as suspected by archaeologists. Aside from the small artifacts and stone coffins, they also discovered a small wooden obelisk or a pillar at about 15 inches tall. On the pillar are painted depictions of Isis, Nephthys, and Horus.

Isis is the Ancient Egyptian goddess of health, marriage, and fertility, who was the wife of Osiris, the god of the underworld, and the mother of Horus. Horus was believed to be the god of the sky, typically depicted as a falcon-headed man, while Nephthys was one of the original goddesses who symbolized death and healing.

The Necropolis of Saqqara

Earlier this year, notable finds at the Saqqara site included limestone sarcophagi and wooden coffins encasing human mummies. Some previous discovered in Saqqara have been dated back to nearly 5,000 years ago.

Saqqara is also famous for the pyramid field of Memphis and was formerly the first capital city of Egypt. It is common to find small square tombs called mastabas around the site, which contain the remains of kings from Egypt's first dynasties.

The discovery of tombs was first prominent during the 1980s when Dutch archaeologists worked alongside the Egypt Exploration Society discovered 35 tombs between 1982 and 1986. The tombs date back to the 19th dynasty under the rule of Ramses II. 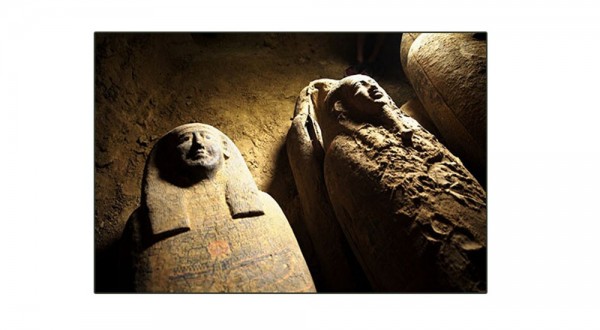 Tourism and Antiquities Minister Khaled El-Enany shared that finding the 27 sarcophagi has been "the largest number of coffins in one burial since the discovery of the Al-Asasif Cachette" in 2019. At the time, the team led by Dr. Mostafa Waziri of the Supreme Council of Antiquities discovered 30 coffins in Luxor.

The coffins were dated back to the 22nd Dynasty and were identified to be men, women, and children. Some of the coffins also had paintings from the Book of the Dead, namely the Ancient Egyptian the deities Amun and Kohnsu, revealing the mummified remains were priests and priestesses.

Regarding the latest discovery, El-Enany believes that the 27 sarcophagi "is only the beginning" of more discoveries in Saqqara. He also appreciated the excavation workers at the site who continued to carry out the work while following Covid-19 safety precautions.

Check out more news and information on Archaeology on Science Times.