Alzheimer's disease, a neurodegenerative illness associated with dementia, affects nearly 50 million people worldwide. New research suggests that a significant factor of the disease may be fructose production in the brain.

Researchers from the University of Colorado Anschutz Medical Campus published their study in the journal Frontiers in Aging Neuroscience. The team, comprised of sugar metabolism experts, neuroscientists, and neurologists, focused on how the Western diet has resulted in the brain producing excessive amounts of fructose.

High levels of fructose affecting the brain also explain why conditions like obesity and diabetes increase the risk of developing Alzheimer's disease. Dementia, the most common form of the illness, is the loss of communication between neurons, affecting cognition, memory, speech, mood, behavior, and physical movement.

There has not been a cure, and any treatment available such a speech or physical therapy does not stop the symptoms from worsening. In the United States, it is in the top ten leading causes of death.

Professor Richard Johnson explained that Alzheimer's "is a modern disease driven by changes in dietary lifestyle in which fructose can disrupt cerebral metabolism and neuronal function. The authors noted that fructose "activates a survival pathway to protect animals from starvation by lowering energy in cells in association with adenosine monophosphate degradation to uric acid."

Decreased cell energy stimulates the appetite while reducing energy and oxygen levels, affecting mitochondrial function or energy that neurons need to function correctly. This triggers glycolysis, the beginning of breaking down glucose while inducing insulin resistance. Therefore, high fructose consumption can lead to diabetes and obesity.

During one of the experimental scenarios, glycolysis increased oxidative stress or an imbalance between antioxidants and free radicals, which result in tissue damage. As cell mitochondria were affected, it led to neural dysfunction and, eventually, death.

Johnson said that they hope their new findings can "inspire researchers to continue exploring the relationship between fructose in the brain and Alzheimer's disease." Developing new treatments for the disease can also include targeting the brain's fructose metabolism to prevent and treat Alzheimer's. Moreover, people can also focus on dietary lifestyles with less fructose intake to possibly decrease the risk of developing dementia. 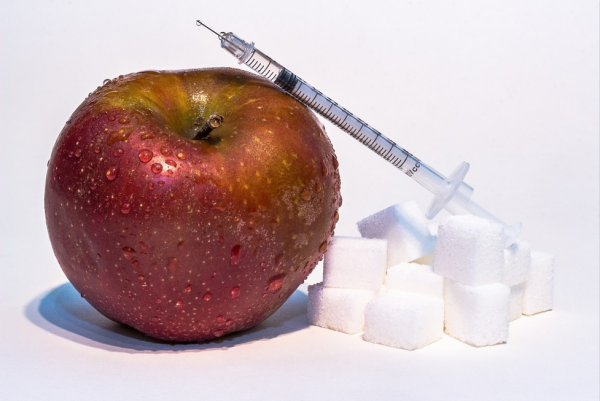 Professor Naveed Sattar explained diabetes and dementia have common "risk factors that might contribute to these associations, including obesity, smoking, and lack of physical activity. The importance of prevention is underscored by the fact that, for the majority of dementia diseases, there is no good treatment."

Vascular dementia is a subtype of Alzheimer's disease, where blood clots (hemorrhages) cause brain damage. One preventive measure of developing diabetes would be a healthier lifestyle, shared by Professor Sattar.

READ NEXT: The Importance of Blood Tests for Alzheimer's Disease Patients: 2 Neuroscientists Explain the Recent Findings

Check out more news and information on Alzheimer's Disease on Science Times.