Microsoft's HoloLens 2 enables wearers to experience what the developers call mixed reality. Multiple three-dimensional holograms can be viewed and analyzed in various industries such as engineering, architecture, surgery simulations. The HoloLens 2 has also been frequently used by NASA and its partners.

Lockheed Martin Corporation, an aerospace company that works alongside NASA, has been using the HoloLens to assemble the Orion Spacecraft. The Orion will be bringing the next man and first woman to the Moon by 2024 on unexplored areas in the Artemis mission. At the moment, the Artemis project is still in its first out of three phases.

As Microsoft expands the availability of their headset technology, they hope that someday the HoloLens will make it to the moon with astronauts, and perhaps even on future missions like on Mars. But the giant tech company would have to wait until Artemis II, which will be carrying the astronaut crew.

The HoloLens was first used by Lockheed Martin in 2017, which has enabled engineers to complete repetitive tasks 90% faster than before, shared Shelley Peterson from the company. These have been surprising results as the Artemis program has been continually delayed, especially due to the pandemic.

The tech's voice command also helped complete step-by-step tasks alongside holographic instructions on how to install parts together. Without the HoloLens, the engineers would most like be referring to computer screens, tablets, or paper drawings.

"Out on the shop floor they can put on the HoloLens 2 device, power it up, and it has all the content that they need to figure out how to do that task overlaid right there on the structure," shared Peterson. The headsets have also eliminated assembly mistakes.

Peterson added, "The fact that we haven't had any errors across all of these activities is phenomenal." The team has been using animations from the devices to manipulate hardware, such as tightening bolts via algorithms. 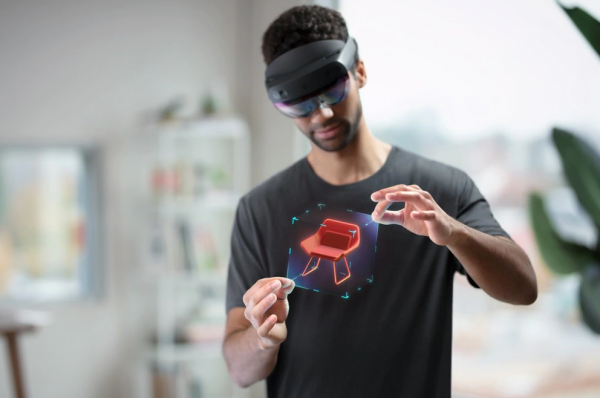 Typically, when the company considers using new technology, said Peterson, quality, cost, and efficacy are considered. The HoloLens 2 continues to prove that it fulfills all three requirements, "which is pretty unique."

She shared that the technicians feel like they're Iron Man as they make use of the headset's gesture recognition capabilities that include virtual lasers and ghostly menus on the wrist. The company also commends Microsoft's Worklink platform integrated into the system, which deals with the fine positional calibration of realistic structures.

The HoloLens has also been used by NASA during 2015 when two headsets were sent to the International Space Station to help with repairs. NASA's Jet Propulsion Laboratory also used the augmented reality headsets, allowing engineers and scientists to virtually explore Mars two years ago. Parker Abercrombie from the OnSight Mars project shared that using the HoloLens was a "powerful way to bring people to these places that they physically can't visit."

Check out more news and information on Augmented Reality on Science Times.