A team composed of members from the Imperial College London, CABI, and the University of Oxford have recovered a genome sequence from the original Fleming strain, frozen alive more than fifty years ago.

The team used the sequenced genome as a reference with two strains of Penicillium used in the US for industrial-scale reproduction of the penicillin antibiotic. The results of the study are published in the journal Scientific Reports, September 24. 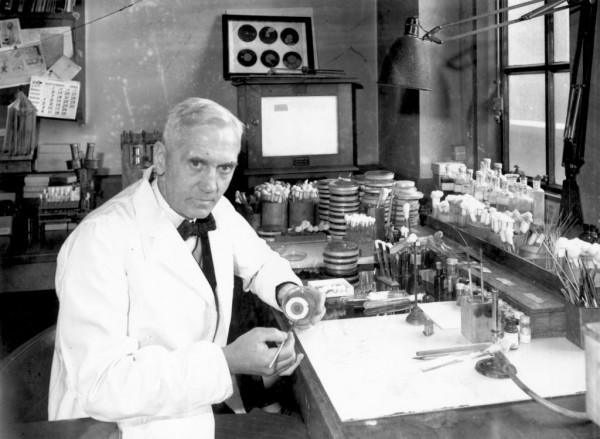 Difference Between Fleming's and US Industrial Strains

Professor Timothy Barraclough, the lead researcher from the Department of Life Sciences at the Imperial College London and Department of Zoology at Oxford University, explained that they originally planned to use Alexander Fleming's Penicillium, realizing that the genome sequence of that particular culture has never been taken despite the historical significance of the first source of penicillin.

The press release from Imperial noted that while Fleming's mold was known as the original source of the modern antibiotic, American manufacturers shifted to sourcing the drug from fungus growing from moldy cantaloupes. Penicillin was later derived from artificially selected strains that potentially yielded more volume of the antibiotic.

Researchers developed a new culture from Fleming's frozen sample, vaulted at a CABI culture collection. They then extracted the DNA of the sample for genome sequencing. This recovered genome was compared to published genomes of the two industrial strains from the US.

In particular, researchers compared two specific genes from the three samples. One was the gene responsible for encoding the enzyme that directly synthesizes penicillin in fungi while the other gene regulates those enzymes.

The research team discovered differences in the encoding gene between the British and the American strains. This difference suggests that the strains between the two locations naturally evolved separately, creating slightly different enzymes.

After Alexander Fleming discovered penicillin, Sir Howard Walter Florey (pictured) - born #OTD - alongside his colleague Ernest Chain, was instrumental in the isolation of the antibiotic. They succeeded in producing a pure form of penicillin and investigated its properties. pic.twitter.com/d2EbOpN1Rk — The Nobel Prize (@NobelPrize) September 24, 2020

A Race Against Similarly Evolving Microbes

Naturally, molds like those of the genus Penicillium produce their own antibiotics as a defense mechanism against invasive microbes. Microbes develop resistance to antibiotics and antibiotics evolve to keep itself safe. Researchers suggest that the difference between the strains from different locations was the results of their adaptation to local microbes.

A study back in 2018 has noted that the rise of multidrug resistance among pathogens has become a threat to antibiotic efficacy. One of the most commonly identified causes of pathogen resistance is the overuse, unregulated use of antibiotics. Quoting Alexander Fleming's own warnings at the advent of antibiotics: "[the] public will demand [the drug and] then will begin an era ... of abuses."

As for the UK - US strains, the researchers are still not sure about the consequences of these differently evolved Penicillium strains. However, they noted that it raises the prospect of ways to modify existing penicillin production processes.

Ayush Pathak, the first author of the study from the Department of Life Sciences at Imperial, said that their research could help in inspiring new solutions to fighting the growing antibiotic resistance. While industrial production of penicillin focused on maximizing output, he said that the "steps used to artificially improve production led to changes in numbers of genes."

RELATED: Fungi Are The Goldmine To Develop Best Antibiotics: Time To Say Good-Bye To The Term Antibiotic Resistance

Check out more news and information on Penicillin in Science Times.