US Delivers Another Blow To the Chinese Tech Industry Through SMIC

The United States government has reportedly imposed a new set of restrictions, this time aimed at Chinese tech giant SMIC, further isolating China from the rest of the global tech market.

For suppliers looking to provide the Semiconductor Manufacturing International Corporation (SMIC) with certain equipment, they will be required to apply for an export letter. A letter sent to American chipmakers, from the US Department of Commerce, details the requirements for transacting with SMIC, as well as its subsidiaries.

The American commerce department cites an "unacceptable risk," adding that equipment sold to the largest Chinese chip manufacturer may find themselves used towards military applications. 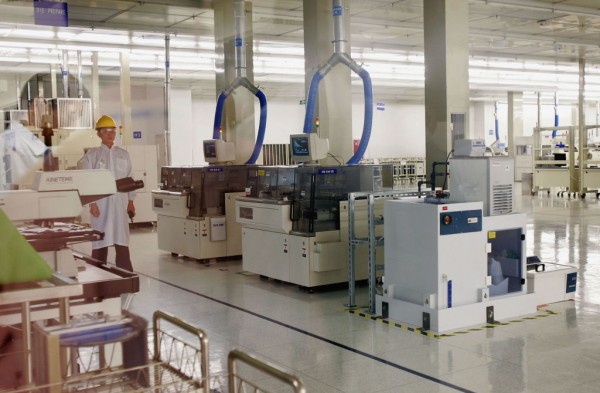 (Photo: Photo by China Photos/Getty Images)
CHENGDU, CHINA - AUGUST 24: (CHINA OUT) A worker works at the Intel Assembly and Test Factory on August 24, 2005, in Chengdu of Sichuan Province, China. The 400-million-dollar project, the biggest investment by Intel in China, will begin operations later this year.

RELATED: Is China Building World-Class Military to Match the US?

The Latest in the US-China Trade War

The move to restrict businesses with SMIC has been seen as the latest development in the escalating trade war between the two giant economies. According to CNBC, it threatens to hit China's ongoing efforts to boost its local semiconductor industry. Experts even warn that the sanctions placed on SMIC could set back China's plans by several years.

"It hits right at the core of China's ability to be autonomous in technology," said David Roche, president of investment think-tank Independent Strategy, in an interview with CNBC's "Squawk Box Asia," Monday, September 28.

The Shanghai-based semiconductor, as one of China's core entities in its tech self-sufficiency, has raised around $7.6bn from an equity sale last July, marking the country's largest sale in the decade.

Meanwhile, a statement from SMIC sent to the news outlet claims that it has "no relationship with the Chinese military," adding that they do not manufacture for military applications.

Wang Wenbin, a representative for the foreign ministry, told reporters that "China has always opposed the US's move to generalize the concept of national security . . . to suppress Chinese companies."

Wang also added that the Chinese government will continue taking measures "to protect the legitimate interests of Chinese companies."

Shortly after the new sanctions were imposed, SMIC shares immediately dropped by 7 percent in the Shanghai stock market. Its stock also declined by up to 7.9 percent in Hong Kong.

According to Stewart Randall, semiconductors chief from Shanghai-based business consultancy Intralink, "SMIC will lose access to US equipment but also potentially equipment from other countries that want to keep the US on their good side." Among SMIC's foreign partners are US-listed entities Applied Materials and Lam Research, signing a $2 billion transaction last 2019. The two American chipmakers are SMIC's first and third suppliers, in terms of business volume with the Chinese company between 2017 and 2019.

Between Applied Materials and Lam Research is the Dutch company ASML Holding, the world's leading supplier of photolithography systems mostly used in semiconductor manufacturing processes. In 2018, SMIC purchased the latest EUV lithography machine from ASML, but the Dutch supplier was unable to deliver the equipment largely due to US pressure.

According to Phelix Lee, Morningstar Consulting Group analyst, while Chinese substitutes are stepping up to fill the emerging holes in the Chinese tech supply chain, their capabilities in these requirements are "two to three generations behind."

RELATED: 2 States in the US Reportedly Use China Export-Banned and Unapproved Antibody Tests

Check out more news and information on the United States in Science Times.