Plastic is one of the top pollutants worldwide, ranging from textile to industrial waste and single-use plastics, affecting marine wildlife the most. One proposed solution to rid of plastic waste is a combination of bacteria that have been re-engineered to consume plastic.

Research from the University of Portsmouth was recently published in the journal Proceedings of the National Academy of Sciences. In their study, they combined the bacteria PETase to an enzyme to create a new enzyme that can digest plastic nearly six times faster than the original organism. 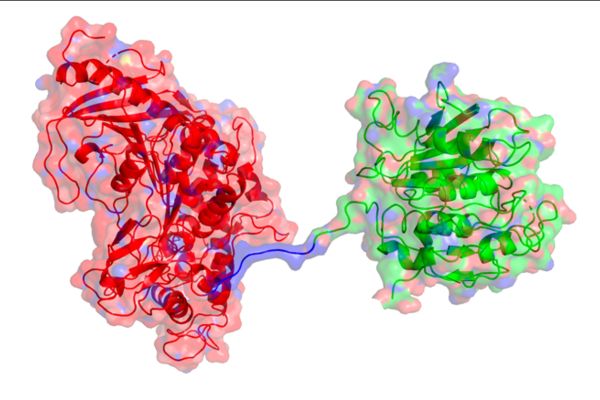 In 2016, Japanese scientists discovered PETase or Ideonella sakaiensis, an organism that can eat plastic. The bacteria use PET as a major source of carbon and energy for growth. They also discovered another enzyme called MHETase was also found to consume plastic bottles.

Most plastics contain the chemical polyethylene terephthalate (PET) or polyester. The lightweight and strong plastic is commonly used for bottled beverages and food packaging. Although both enzymes and other plastic-consuming organisms were discovered, they could not cope with the plastic waste accumulated over the past few decades.

The team discovered that combining both plastic-consuming enzymes sped up the process of eating plastic. They restructured the biochemical makeup of both enzymes to create a "two-enzyme system for PET depolymerization."

As PEtase breaks down PET to its basic carbon, hydrogen, and oxygen structures, it makes the plastic recyclable. Moreover, plastic pollution can be significantly reduced, and marine species can be spared of plastic poisoning.

When PET is disposed of in the environment, it takes years for the material to break down entirely. However, PETase can consume plastic within days.

Naturally, combining the two enzymes resulted in plastics consumed twice as fast than they could do individually. Now, the team increased the plastic-consuming time by biochemically re-engineering both enzymes together.

Professor John McGeehan shared that he had discussed his thoughts of combining both enzymes to colleague Dr. Gregg Beckham. Together, the enzymes would be able to mimic what they already naturally do.

Their initial experiments showed that they worked well together, so the team attempted to link PETase and MHETase physically. It was having "two Pac-men joined by a string," shared Professor McGeehan.

The newly engineered enzyme consumed plastic up to three times faster than their natural counterparts, he continued. The team continued to improve their findings to see if the new super-enzyme can consume plastic even further.

At the Diamond Light Source, Professor McGeehan used a synchrotron or a microscope with beams powerful enough to view individual atoms. The machine allowed the team to create the 3-D structure of MHETase to re-engineer the enzyme and combine it with PETase.

The team shared that their findings have been fruitful and are a promising area of studies that can be expanded with further research. The university's Centre for Enzyme Innovation continues to study natural enzymes and find ways for the organisms to be used in various industries.

Check out more news and information on Plastic Pollution on Science Times.