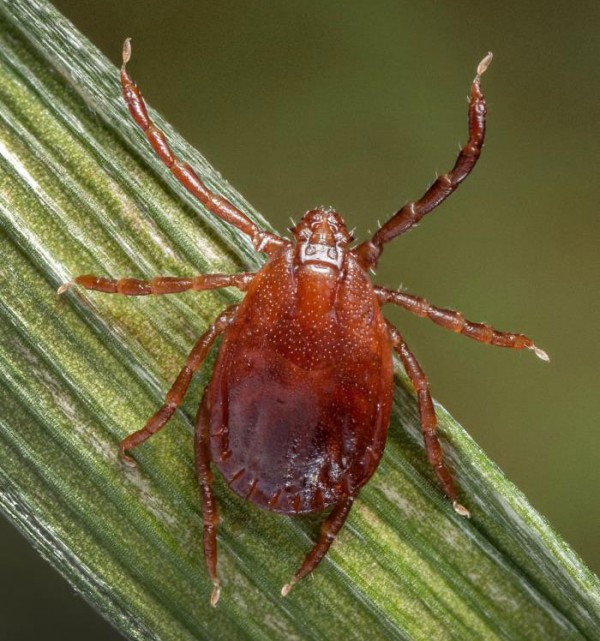 The Asian long-horned tick, commonly found in China, Japan, and the Pacific Islands, was first detected in New Jersey three years ago. The tick is known to carry dangerous diseases such as Lyme disease. The ticks can affect pets, livestock, and people as well.

Lyme disease is caused by Borellia burgdorferi and B. mayonii. Typically in the United States, black-legged ticks are known to be disease carriers.

Symptoms of the disease include fever, headache, and erythema migrans (skin rash). Severe cases may lead to infection in the heart, joints, and nervous system.

The red sheep tick is native to European countries such as the United Kingdom and parts of northern Africa. Not previously identified in North America or other regions outside its native habitats, the tick has been detected on imported animals and animal products.

H. longicornis has also been an invasive species to Australia and New Zealand, affecting their cattle and other livestock. Now, the tick also poses a new threat to livestock in Rhode Island and surrounding states.

H. punctata has been observed to adapt to various environments and is typically associated with cows, sheep, and goats in Europe. Both species are known to bite humans less frequently than animals but can transmit diseases.

The red sheep tick carries diseases such as tick-borne encephalitis virus, Bhanja virus, Tribec virus, and several others. Bhanja virus was the first tick-borne virus discovered in India when Charles Calisher detected the virus in a goat and contracted the illness.

DEM gave several precautions against tick-borne diseases from both native and exotic species across New England states. Farmers, hunters, and hikers are at higher risk and should be extra cautious.

Some of the safety guidelines include applying tick repellant on exposed skin. Products with permethrin, an insecticide, can be used on equipment such as shoes and clothing but not directly on the skin. It is also best to wear pants and long sleeves for protection.

On the occasion that ticks are found on pets or people, they should be removed using tweezers. The affected area should be disinfected after washing with soap and water. Ticks should not be squished since their blood and fluid may contain harmful pathogens. Pets should also be regularly checked for ticks.

Check out more news and information on Ticks on Science Times.