The University of Cambridge has committed to divest from fossil fuels from its £3.5bn ($4.5bn) endowment fund by 2030, the largest of any higher education institution in Europe, after a five-year battle by students and staffs over its response to the climate crisis.

The University has also released an outline of plans to pull out investments from any public equity managers focused on conventional energy by the end of the year, and to "allocate significant capital" by 2025 on renewable energy. 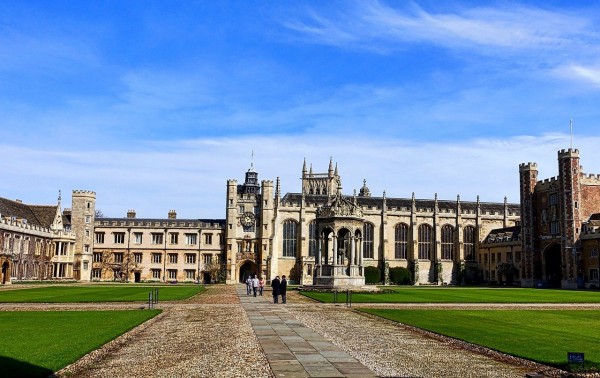 (Photo: Pixabay)
The University of Cambridge Commits to Full Divestment in the Fossil Fuel Industry

The University of Cambridge Says No To Fossil Fuel Investment

The Vice-Chancellor of the University of Cambridge said during the start of his term live stream address that the University will be divesting from fossil fuel and will not be accepting funds from sources that are not compatible with their sustainability ambitions.

This new announcement marks the break with the partnership off energy sector in which Cambridge has held close financial and research ties with fossil fuel companies like BP, Royal Dutch Shell and other for at least 20 years.

Around 324 Cambridge academics backed Cambridge Zero Carbon, a student-led divestment campaign, with its democratic motion against the University to produce fully-costed strategies for divestment in fossil fuel industries.
As the University's response, they assigned Dr Ellen Quigley, Emily Bugden, and Cambridge Chief Financial Officer Anthony Odgers to make a report regarding the matter.
Finally, Cambridge's Investment Office has decided to remove their investments from fossil fuel companies across all assets by 2030 as a result of the divestment report.

Historic Victory for the Divestment Campaign

Cambridge's announcement of breaking away from their investments on fossil fuel is a huge and historic victory for the divestment campaign. The University of Cambridge has been forced to concede to divestment demands that were campaigned by its students and staff after decades of close collaboration with the fossil fuel industry.

The announcement also sends a clear message to BP, Shell, and ExxonMobil that the University will no longer profit from the industry that has decimated frontline communities, lobbied against environmental regulation, and bankrolled misleading climate science all the while continuing to explore for oil even when the planet continues to burn.

Cambridge's decision is a result of five years of the movement, and the organization of students and staff who pushed for this divestment is looking forward to the 2030 commitment to be fulfilled.

In 2019, the Zero Carbon Campaign has exposed the extensive entanglement of the fossil fuel industry within the University's workings, well beyond their investments.

Zero Carbon Campaign has vowed to continue campaigning against all of these to end all the ties between the University of Cambridge and these companies.