How Do Supermarkets Manipulate People?

When buying groceries, people usually end up buying those that they do not need. For instance, a shopper who originally planned to purchase milk may go out with a bulging cartload of unintended food purchases. It is not entirely the shopper's fault because that is how supermarkets work.

From start to finish, supermarkets have orchestrated a process to make shoppers buy more. Every detail of the store is designed to lure customers in and keep them there to seduce them into spending money. From the floor plan, lighting, shelf layout to even the background music, and to the ladies in aprons offering free tastes all that to tempt shoppers to spend more money. 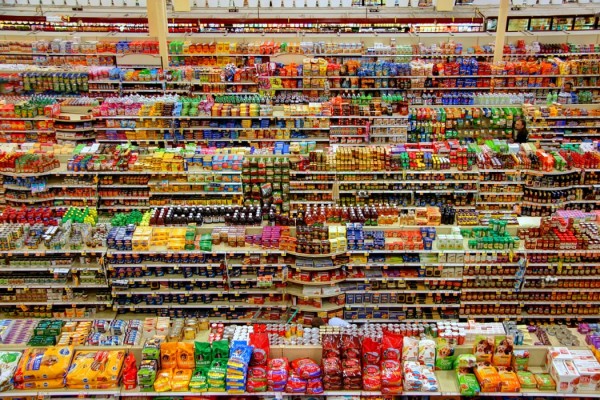 (Photo: Unsplash)
An aerial shot of the grocery section of the Fred Meyer superstore in Redmond, WA. Photo by: Peter Bond

Oftentimes, it is not easy to go out of supermarkets once you enter them. A common feature they all have is the one-way entry door in which shoppers would have to walk through a significant portion of the supermarkets to get out. Since the aisles going to the exits have tempting displays, customers are seduced to buying more, even those that are not on their list.

Then there is the produce department. This is where the human senses are being activated, from the scents, textures to the colors of the produce, supermarkets would trick customers in making them feel upbeat and hungry.

Moreover, a store bakery is also located near the entrance of supermarkets to tempt once again, the shoppers with the savory and pervasive smell of fresh-baked bread. Plus, the flower shop's good smell from the flowers also lures more shoppers to the supermarkets. Overall, the message supermarkets give is that they are a welcoming place, fresh, with a natural and fragrant scent.

However, the produce department is just a stage set with the right lighting. According to Martin Linstrom's Brandwashed: Tricks Companies Use to Manipulate Our Minds and Persuade Us to Buy, supermarkets use lighting that makes fruits and vegetables look fresh. They also spray them with water to give a dewy, fresh-picked look. But that has no practical purpose.

Supermarkets are designed to persuade shoppers into spending more time as much as possible inside its doors. For instance, they put dairy products far from the entrance knowing that it would lead customers to walk the length of the store, passing a wealth of items en route to the dairy products.

They also put popular items in the middle of aisles so that even those single-minded shoppers would have a chance to be distracted by alternatives. Mid-positioning is intended to prevent the Boomerang Effect, in which some shoppers (mostly men) simply head to products they need and return to where they came.

READ: Which Personality Type Is More Likely to Panic Buy? Are You One of Them?

A famous study suggests that background music can affect the behavior of shoppers. People tend to spend 34 percent more time in supermarkets that played music, and those that devoid external time cues. In delaying the customers, they tend to buy more stuff.

According to the Food Marketing Institute, supermarkets carry about 44,000 different items. The sheer volume of available choice sends shoppers into a state of information overload. Most shoppers would then stop being rational and end up buying stuff that they never intended to buy.

The shelf order is also a psychological trap in which expensive items are placed conveniently at eye level, while generic brands are on the lower shelves. Plus, foods that appeal to kids are arranged at the kids' eye level as well. Companies also pay a high price to display their products at the end cap since these spots are the hotspot for impulse buying. Not to mention, shopping carts also tempt shoppers to put more in there, therefore buying more unnecessary products.

Making a grocery list and sticking to it would be the best thing to do to avoid being manipulated by supermarkets into buying more stuff than shoppers intended. When it comes to grocery shopping, buyers should know beforehand what they are looking for.

READ MORE: Food Policy Expert: Consumers Should Think Twice In Buying Food As It Could Affect The Environment

Check out more news and information on Psychology at Science Times.