Google presents the new smart speaker for your home: Nest Audio. Its specs, looks, and even the name show its potential as the next-generation full-size speaker for everyday use.

Poised to replace the original Google Home, originally released in 2016, Nest Audio is the latest home speaker compatible with the voice-activated Google Assistant. Starting at $99.99, the midrange speaker sits between the Nest Mini and the Nest Max in terms of specs. The sale will officially open on October 5 across twenty-one countries, with preorder now available on its Google Store page. 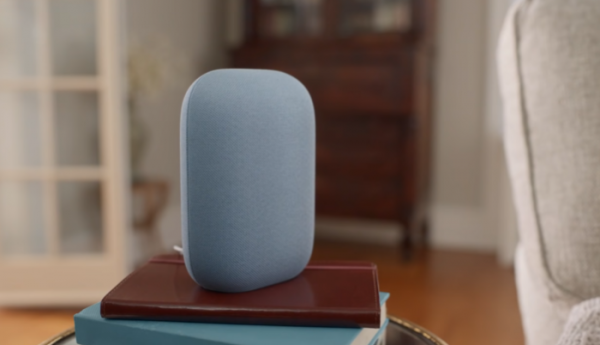 (Photo: Google Nest YouTube Channel)
Whatever song sounds good at the moment, make sure it sounds great in your home. Meet #NestAudio from Google, the smart speaker that lets you hear music as it was meant to be heard. And podcasts, news, audiobooks, or anything else you may need to hear, all at the sound of your voice.

The Successor to the Google Home

Nest Audio is not a successor to the Google Nest, which contains the tech giant's umbrella of smart home devices, despite the closer name. It takes a different aesthetic compared to other Google Home products, a rounded rectangular bean that looks like an oversized wireless headphone case. This mesh finish contains four LEDs of different colors embedded beneath the surface, blinking in response to the user's commands.

RELATED: Study Says Lighting Can Make You Feel Better; Improve Your Mood by Decorating Your Room With These Best LED Strip Lights

In terms of function, Nest Audio fits right in with every other home speaker compatible with Google Assistant. It can play music, control other devices in the network, provide weather updates, and answer your queries. However, its upgraded audio boasts a major improvement from its Google Home predecessor, claiming to be 75 percent louder with 50 percent more in terms of bass response. It replaces Home's single two-inch speaker with its three-inch woofer for its bass control. It also upgrades from Google Home's dual-core to processor to a quad-core processor - for better quality audio and faster response times.

Also aligned with Google's environmental goals, its enclosure is 70 percent made from recycled plastic.

Competing with Apple and Amazon

The revamped Nest Audio is seen as the latest competitor in the expanding smart speaker market, pitting it against Apple's HomePod product line or Amazon's Echo range of speakers. Recently, Amazon has just redesigned its hit Echo speakers - adapting a near-spherical design and launching their new custom machine learning processor.

Scheduled to ship on October 22 this year, the Amazon Echo is priced just as much as the new Nest Audio - starting at $99. While the speakers operate on entirely different platforms—with Echo using Amazon's Alexa voice prompt service and the Nestu Audio on Google Assistant—the revamped Amazon Echo comes in three colors: charcoal, chalk, and a steel blue variant.

RELATED: Alexa Recordings Being Listened to by Amazon Employees: A Security Risk or Not?

Furthermore, the new Echo is said to improve from its predecessor and will also feature a built-in AZ1 Neural Edge silicon module, which processes the voice quality of the user's request with a local machine before transmitting it to the cloud. This tech, according to Amazon, will reportedly save hundreds of milliseconds in the new Echo's response time.