What was previously thought as daydreaming turned out to be a form of "childhood dementia" as a four-year-old girl in England was diagnosed with a rare, fatal disease.

Adelei Clarke, from Swindon, west of London, showed symptoms associated with Batten disease - appears to be a clumsy kid who regularly appeared to be daydreaming.

However, things took a turn for the worse when Adelei suffered from her first seizure last May. Furthermore, doctors estimate that her condition will take away her sight and she might even forget her own parents before the year ends - and that she could die before turning 10 years old. 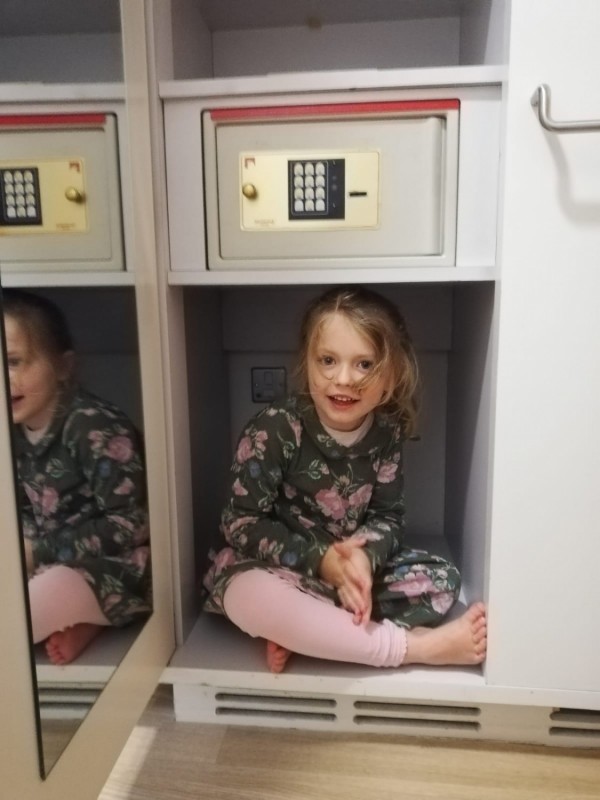 Adelei's father David, who is a youth worker, shared that when his daughter's symptoms started, they thought "she was just daydreaming." He added: "The lights would be on but nobody would be home."

David also added that whenever Adelei fell over, they "wouldn't think anything of it beyond 'she's clumsy'."

When their daughter was not able to talk "at a normal rate," her parents brought her to a speech therapist, who told them that Adelei was one of those kids who won't stop talking once she grows up a little. David explained that they started worrying that something might be wrong with their little girl when Adelei's grandparents noted how she looked "unusually vacant."

'Then she had her first seizure in May," David continued. He recalled Adelei being unable to breathe for half a minute before he administered the Heimlich maneuver, clearing the child's airways as the paramedics arrived.

Adelei was first taken to the Great Western Hospital in Swindon, later being transferred to the John Radcliffe Hospital in Oxford. An MRI scan showed that her brain was underdeveloped, prompting doctors to conduct more tests.

'When I got there, the first thing he said to me were the words: "I'm very sorry". That was like a punch to the gut," David recalled.

David and his wife, Hayley, had to explain to Adelei's older brother, seven-year-old Samuel, what is happening. David recalls: "Telling her brother was the hardest thing we've ever done."

The couple sat Samuel down and explained what happened to Adelei. David shared: "Ever since we told him he's done his best to be nice to her," adding that Samuel has "shown a maturity beyond his years."

According to the National Institute of Neurological Disorders and Stroke (NINDS), Batten disease is a general term for a class of rare and fatal disorders of the nervous system called NCLs, or neuronal ceroid lipofuscinoses. Most forms of these diseases start during childhood and children with these conditions usually appear healthy and normal until symptoms appear.

Common symptoms, such as the doctors told David Clarke, include seizures, loss of vision, dementia and later on, behavioral changes, clumsiness, slow movement, and confusion. NINDS added that there is no cure for Batten disease, save for a treatment for one of its forms, a CLN2 disease, that has been recognized by the US Food and Drug Administration.

Batten disease is inherited in an autosomal recessive manner, NCL is often characterized by age of the onset of symptoms and the identified genetic mutation. A previous study estimates that the mutations in ten genes that cause Batten disease is "as high as one in 12,500 live births."

Check out more news and information on Neurodegenerative Diseases in Science Times.