Researchers establish that sound waves, theoretically, can travel almost twice as they do on-air at Earth's surface - and determines where this phenomenon is possible

British scientists have calculated that the fastest possible speed that sound can travel is at 22.4 miles per second, or a little over 36 kilometers per second. However, they also found that these speeds are only possible when sound passes through metallic hydrogen, like those found on the core of the gas giant Jupiter. 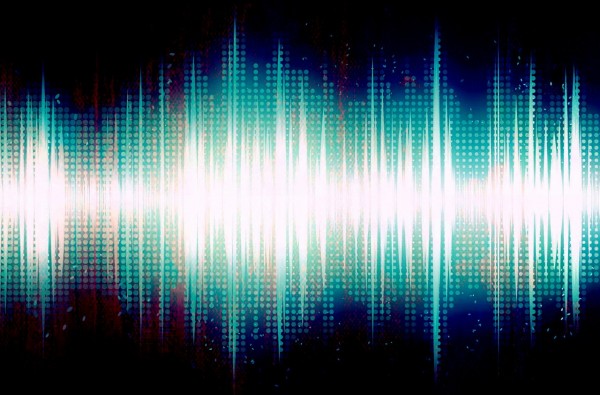 (Photo: May Theresa McLean via Pixabay)
An artistic representation of a sound wave.

Implications of the Speed of Sound Waves

The new study, published in the journal Science Advances on Friday, October 9, establishes what might be the upper-speed limit for sound waves. In general, Einstein's theory of special relativity sets the absolute maximum speed as 3x108 meters per second, or 186,000 miles per second - known as the speed of light.

"Sound waves in solids are already hugely important across many fields," said Chris Pickard, author of the study and materials scientist from the University of Cambridge. He cited an example where seismologists use sound waves created by earthquakes to identify their nature and characteristics, as well as the properties of Earth where these phenomena take place.

Also, sound waves are a point of interest for materials scientists, using these forms of energy as a means of better understanding the elastic properties of materials - and identifying the strength of these materials against different types of stress.

Sound waves, more than what humans perceive are sound, are generally variations or disturbances that move through a certain medium - such as water, air, or even solids.

Following standard models of physics, researchers were able to find atomic hydrogen, in its solid metallic form, can transmit sound faster than any other medium. However, hydrogen in this state can only be found in places of exceptionally high pressures - estimated to be more than 1 million atmospheric pressure units - such as the core of planets like Jupiter. At this state, hydrogen turns into a unique metallic substance, conducting electricity like copper.

RELATED: Jupiter May Possibly Have Solid Core Beneath The Gas Surface: Latest Image From Juno Reveals

To arrive at the upper-speed limit for sound waves, researchers used two constants used in physics calculations. The first is the fine structure constant, which is also known as Sommerfeld's constant: denoted by lowercase for Greek letter alpha and describes the strength of electromagnetic interaction between two or more elementary charged particles. The other one is the proton-to-electron mass ratio, denoted as lower Greek letters mu or uppercase beta, also a dimensionless constant that is the invariant mass of a proton divided by the mass of an electron.

Reporting how researchers were able to identify a lower boundary for the kinematic viscosity of liquids, following the standard model, they soon proposed the upper limit for sound waves - possible in condensed phases of matter, which is metallic hydrogen in this case.

"We believe the findings of this study could have further scientific applications by helping us to find and understand limits of different properties," explained Kostya Trachenko, author of the study and physicist from the Queen Mary University of London.

Trachenko added that the properties they considered included viscosity and thermal conductivity, which are relevant in the study of superconductivity in high-temperature environments, as well as in quark-gluon plasma and black hole physics.

Check out more news and information on Sound Waves in Science Times.