When the first coronavirus outbreak occurred in China, no one expected the virus to reach the entire world within months. Today, experts around the world describe how China has successfully controlled the pandemic effectively.

By early October, China had over 90,000 confirmed cases and more than 4,700 deaths. Since the end of July, there had been fewer than 50 new cases per day.

The country seems to be back to pre-pandemic normal with schools, businesses, and public transport fully operating. Chairman Mao Zedong describes China's current state as the post-coronavirus new normal.

It was just a few months ago that China's streets were empty during strict lockdown measures - affecting nearly 50 million residents for about two months. The centralized epidemic response system was rapid and efficient with contact tracing, using a QR health code system, home quarantine, mass testing, and closing down the borders.

China's Response to the Pandemic

The public safety measures were very similar to what happened in 2003 during the SARS outbreak. Xi Chen from Yale School of public health said that "the society was very alert as to what can happen in a coronavirus update," because of the older generation that experienced the epidemic seven years ago. Unlike the United States where care homes recorded a majority of positive cases, only 3% of Chinese senior citizens live away from their families. 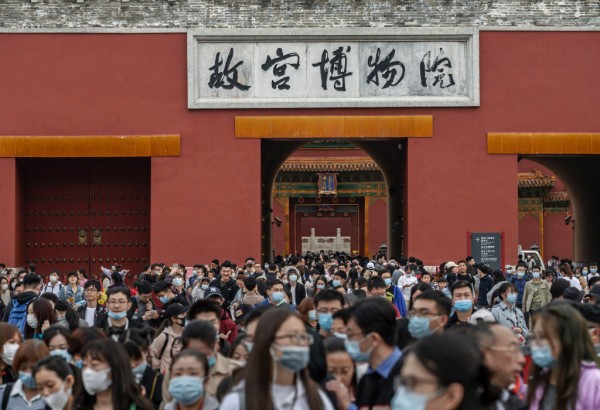 Despite the criticism China received for the virus believed to come from the city of Wuhan, they remain among the top developers of several vaccine candidates. They were also commended by the World Health Organization (WHO) Health Emergencies Progamme.

Executive director Mike Ryan congratulated China's frontline health workers and the entire nation for working "together tirelessly to bring the disease to this very low level." Meanwhile, the United States, India, and Brazil, and many other nations still see a high number of positive cases per day.

Gregory Poland from Mayo Clinic in the United States said that a crucial factor was the speed of China's response to the viral outbreak. Local health authorities also moved quickly after cases spiked again in June during the second wave of infections, reimposing lockdown measures temporarily.

The nation also managed to rapidly build over 10 new hospitals to accommodate Covid-19 patients. Drones and robots were also used to regularly sanitize the streets and to make non-contact medical deliveries.

Read Also: Wuhan Wet Market NOT the Source of Coronavirus But a Hotspot for a 'Superspreader' New Study Shows

Roark Jones from New York University, Shanghai was one of the few international students that stayed in China during the pandemic. He said that in February, he mostly stayed in his dorm during a lockdown until the country reopened by April.

"Now, people sometimes don't even wear masks outside. The pandemic's basically nonexistent here," he said. Currently, school is a mix of virtual lessons and in-person classes.

Jones explained furthermore that everyone in the country is was "very willing to abide by any policy set forth for containment of the disease." Everyone following quarantine was inspiring, he said.

Read Also: COVID-19 Traced to Chinese Miners Back in 2012, According to a New Report

Check out more news and information on Coronavirus on Science Times.