Scanning Pens' Readers Become a Necessity in the Middle of Pandemic

Scanning Pens, the company that manufactures pens helping dyslexic people to read, has seen a sharp increase in its demand during the coronavirus pandemic.

The tech company, based in Westbury in the United Kingdom, said that its product has become "vital" - helping children with special educational needs separated from classroom assistants and essential support this year. 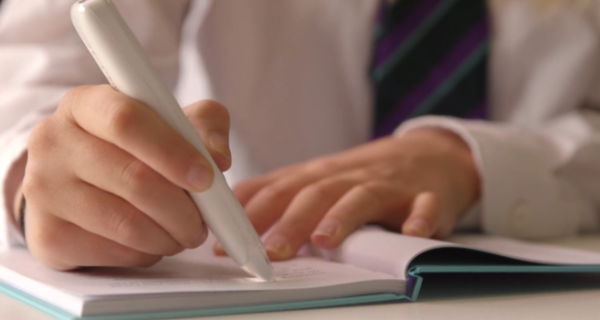 (Photo: Scanning Pens YouTube Channel)
The ReaderPen (by #CPen) is a major technological breakthrough for anyone with a learning disability, a reluctant reader or somebody who is learning a new language (English, Spanish & French).

"There has been a surge of demand," said Jack Churchill, chief executive, and co-founder who set up Scanning Pens with his partner Toby Sutton back in 2003. Scanning Pens saw its international demand increase in the last three years, with half of its sales coming from its growing exports.

BusinessLive cited data from the Department of International Trade (DIT), outlining a 316 percent growth in its Australian market from 2017 to 2019. Over the same period, Scanning Pens grew by 179 percent in the United States, and 295 percent in Canada. The British trade department has also extended its support to the company, boosting its presence by funding international activities such as trade shows and market visits.

Churchill added that the education system in the UK is "respected around the world" together with its teaching, citing its "cutting edge publishers and technology companies."

"The Department for International Trade was an obvious first step to help us export and give us connections in markets where we had none," the tech exec added. "There is huge scope to grow our international base with DIT's support."

Paul Shand, DIT's head of trade in the South West, explained the company's achievements as an indicator of strong demands for "innovative, British, high-quality edtech services." He complimented Scanning Pens for providing their tools during these challenging times. Shand further cited the company as an example of how important trade is to get the British economy back on its feet - with Scanning Pens enjoying healthy overseas markets and creating more jobs.

Scanning Pens' main line of products is mobile scanners, with the company being one of the largest suppliers in the world. Among their products include the Reader Pen, a portable scanner that reads printed texts - either in English, Spanish, or French - with a "human-like digital voice." The same technology is applied for examinees around the world with the C-Pen ExamReader, approved by a number of qualification and examination bodies all over the world.

Among the people that benefit from this kind of technology are people suffering from dyslexia: a learning disability that makes it difficult, if not impossible, to read. According to the Dyslexia Center of Utah, 70 to 80 percent of people with poor reading skills most likely suffer from the condition.

A recent study published in June focused on the neurological roots of dyslexia, examining their response to changes in natural speech patterns. In the study, led by researchers from the University of Helsinki, results suggest that dyslexic people have a difficulty in categorizing speech sounds in the Finnish language. Since natural speech involves acoustic variation, dyslexic people who find it hard to distinguish can subsequently have difficulties from learning by listening.

Check out more news and information on Dyslexia in Science Times.