The paper was published recently in the Nature journal Human Behavior. Professor Alberto Salvo said that plastic pollution is a global issue that's only gotten worse in the past few years. There has also been more research on the impact of plastic pollution on global environments but there is a lack of research focused on what influences human behavior to contribute to plastic waste.

With the decline of air quality in urban areas, busy work routines, and the current pandemic, the demand for food delivery services have spiked as well. Their evidence, explained Professor Salvo, includes a collection of single-use plastics ranging from food containers to carrier bags.

The team focused on the online food delivery platform, which has the most registered users in the whole world with nearly 350 million users, from China. They surveyed officed workers from three cities, measured particulate matter pollution in the cities, and quantified the tendency of employees ordering food via delivery services.

Results showed that the increase of particulate matter in air pollution had a direct impact on the number of food deliveries to offices. The team estimated that nearly 65 million single-use meal containers are used every day all over China. Office workers contribute to more than 50% of the plastic waste from food deliveries.

In the heavily polluted cities of Beijing, Shenyang, and Shijiazhuang, 251 office workers were surveyed for their lunch choices between for the first six months in 2018. The researchers also analyzed data from 2016 containing more than three million food delivery orders from more than 350,000 users. 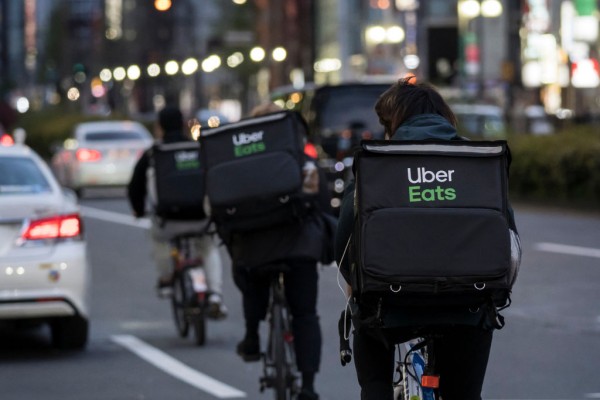 Professor Junhong Chu said that ordering food via delivery services was the only way that office workers could avoid smog or haze outside during their lunch break. Meanwhile, other consumers avoid outdoor pollution by staying at home where they can cook their meals.

"This explains why the impact of air pollution on food delivery is smaller in the firm's order book study than what we observed among workers, particularly those without access to a canteen in their office building," said Chu. On days of greater air pollution in Beijing, 2.5 million more meals would be delivered, meaning a total of five million food containers plus plastic bags.

Professor Haoming Lui shared that although they focused on Chinese cities, the results have implications for other heavily polluted cities such as in India, Vietnam, and Indonesia. Waste management policies are another major factor in the increase in plastic pollution. They hope that their study can help accelerate the movement of food delivery services switching to eco-friendly packaging and vehicles.