Living in a Noisy Neighborhood May Cause Alzheimer's Disease, According to Recent Study

Individuals who reside in louder regions are more at risk of developing Alzheimer's, new report shows.

A sound-level spike of only 10 decibels raised the risk by 30 percent. That is the gap between breathing and whispering. It also culminated in 36 percent greater chances of moderate cognitive disability, including memory and reasoning ability, scientists said.

In Chicago, a team from the University of Michigan analyzed 5,227 individuals over 65 and established risk factors for dementia, including air quality and lead poisoning, road, train, aviation, manufacturing, and construction noise.

In the report, noise levels ranged from 51.1 to 78.2 decibels, the contrast between a calm suburban area and a motorway nearby.

Results reported in the scientific journal Wiley showed that with every 10-decibel increase, the odds of Alzheimer's increased by about a third. 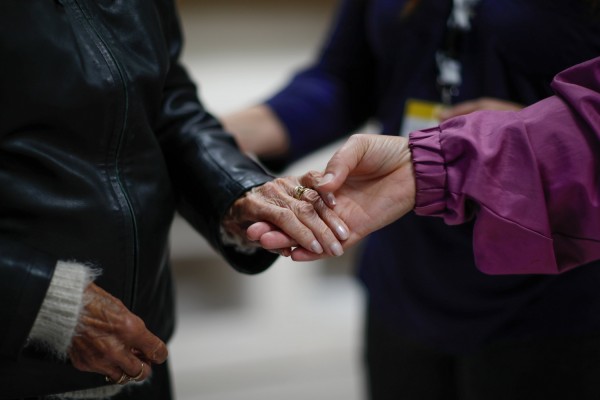 "Higher levels of noise may impact the brains of older adults and make it harder for them to function without assistance," Author Professor Sara Adar told DailyMail.

There is a public health opportunity here, as there are interventions that can reduce noise exposure.

Dr. Byron Creese of the University of Exeter Medical School said new research contributes to growing data indicating that our dementia vulnerability may be influenced by the climate in which we reside.

At least one million productive years of life were projected by the World Health Organisation per year in Western European countries to be sacrificed to ambient noise, with cardiovascular disease leading to the overwhelming majority of deaths.

More than 125 million Europeans, believed to be detrimental to their wellbeing, live with road traffic noise higher than 55 decibels. The report was published in the Alzheimer's & Dementia journal.

How to help patients recall their memory

Many trials have concentrated on enhancing Alzheimer's memory storage, which has not contributed to interventions that may improve memory.

Researchers examined information consolidation and memory retrieval mechanisms in an animal model of early Alzheimer's disease in a Nature paper published in 2016.

There is no clear mechanism for discriminating between memory storage versus recall deficiencies in Alzheimer's patients in clinical studies. Normal cognitive assessments depend on the willingness of the patient to explain past experiences orally.

Researchers established an approach to circumvent this problem that enabled them to enable through optogenetics. That's by inserting a light-sensitive gene into the memory engram cells of "Alzheimer's" mice, then administering blue light pulses to trigger them, and directly testing the frequency of memory retrieval.

To the study's delight, they find similar numbers of engram cells in normal healthy animals and Alzheimer's animals. The results indicated that the original memory consolidation mechanism is intact. In Alzheimer's animals, targeting the retrieval phase contributed to an increase in their recollection. The improvement surpassed the output standard of typical animals.

What further persuaded the researchers is the related "information retrieval" in another animal model of amnesia. The same researchers reported the results a year later in PNAS. Together, these findings revealed that "weakened memory recall" may be relevant not just to early Alzheimer's but likely to other human disorders that impair our memories as well.

By collecting all the required knowledge to find the book of interest, targeting recall in Alzheimer's strengthens memory in terms of the library. While this is one way to look at the dilemma at hand, another study community recently gave a new interpretation.

They discovered that some disturbance disrupts the recall mechanism in the brains of children who have Alzheimer's disease, which renders it impossible to recall the memory.

These theories explain the memory effects of Alzheimer's most precisely is a matter for more study. But what is apparent is that the scientific community ought to target recollection to better treat patients in the immediate future.'

Check out for more news and information on Alzheimer's Disease in Science Times.