A report from a World Economic Forum predicted that by 2025 machines will take over and do half of the work tasks, which will create 97 million jobs worldwide but will also destroy the same number of jobs in the process, leaving many people at risk of losing their jobs.

The most vulnerable to this shift are those in the routine or manual jobs in administration and data processing, according to the WEF report. This shift will also likely worsen inequality, BBC reported.

On a lighter note, the report also said that the "robot revolution" will create jobs in the field of care, bug data, and green economy. WEF's research spanned over 300 large companies, which in total has over eight million employees around the world. 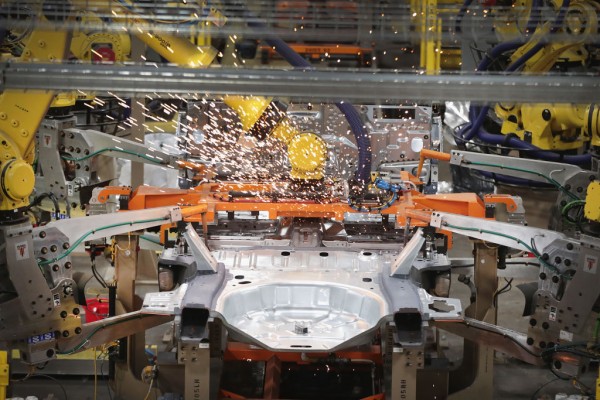 The robot revolution is the start of job automation

Out of the 300 large companies surveyed, 50% of them said that they expect automation to speed up processes in some roles of their company, and another 43% felt that they are likely to cut jobs to use automation.

According to WEF, the pandemic has even sped up the adaption of automation as firms start to look for new ways to cut costs and adopt new ways of working. They also warned that employees are facing a double threat from the accelerating automation and the recession due to the COVID-19 pandemic.

Saadia Zahidi, managing director at WEF, said that "[These things have] deepened existing inequalities across labor markets and reversed gains in employment made since the global financial crisis in 2007-2008."

A double disruption scenario that creates a double hurdle for employees during this difficult time. But some experts said that robots would not take the people's jobs despite robots doing half of the work tasks. More machines completing job tasks will open more jobs to people as they can do even more, according to the World Economic Forum's study about the future of jobs.

The WEF report, which says machines will do half of the work tasks by 2025, means 75 million people will lose jobs by 2022, but at the same time, it will also create 130 million more human jobs, Fortune reported.

According to WEF, around one-third of all work tasks were done by machines, and humans do the rest of the work. But their new report that this will shift by 2025.

Human skills like advising, communicating and interacting, and decision-making would see a surge in demand as well as an increase in demand for workers to fill the green economy jobs and new roles in the field of engineering and cloud computing.

Unfortunately, millions of employees who do manual jobs would be obsolete due to technology or automation, which affects the lowest paid and lowest skilled workers.

That is why it is important to learn new skills to cope up with the shift, and governments should provide their citizens with stronger safety nets for displaced employees.

Check out more news and information on Robots in Science Times.