When Apple announced its latest iPhone lineup, many became excited because of its 5G network capability that will improve speeds for faster downloads. The iPhone 12 is the latest addition to the 5G phones available in the market today.

Despite the excitement for the new 5G network, a study by Tom's Guide revealed that its battery life drains 20% faster or about two hours when it is always running on the 5G network compared to 4G, MailOnline reported.

They used the iPhone 12 to surf the web and open new websites every 30 minutes until the battery drained. They did the same method on the iPhone 11, which outperformed the latest iPhone because it could last for 11 hours and 16 minutes over the 4G network.

Since 5G is not yet available on phone calls and messages, smartphones still need to run on at least two networks to perform. Apple's iPhone 12 has a Smart Data Mode feature that automatically switches from 5G to 4G when the former is not available and saves battery life. 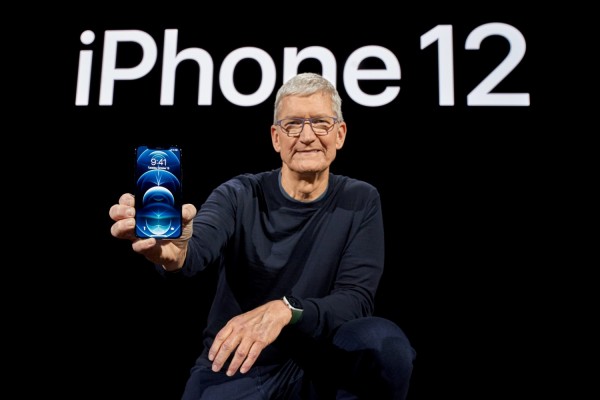 Every year, Apple's iPhone lineup offers breakthrough innovations and new opportunities for developers and their users. For many, this all comes true with the 5G network on iPhone 12. But is it really worth it when its battery life is not as long as iPhone 11?

The study conducted by Tom's Guide on iPhone 12 and iPhone 12 Pro shows that the 5G network can drain battery life much faster than the 4G network despite its benefits. According to Samsung, the 5G-enabled phones drain more quickly because they are connected to multiple ones simultaneously.

Since the 5G network is only used for data connection and not for calls and messages, it has to connect to a network for other tasks, which in turn drains its battery life.

That means the iPhone 12 lineup's battery life drains about 20% faster when on a 5G network. Moreover, BGR reported that iPhone 12 was also compared to four popular Android brands like Galaxy S20 5G, Galaxy S20 Plus, OnePlus 8T 5G, and Google Pixel 5. Overall, three of them outlasted the iPhone 12' battery life.

The growing number of smartphones that can support 5G right now failed to tell its users why they need the network. For one, Apple has recently announced its iPhone 12 lineup, and yet major carriers like Verizon and T-Mobile have not released the next-generation cellular technology in some areas.

Much of the 5G network quality would still depend on the user's area as most of the systems are still under construction and most likely would take five to seven years to perfect.

"5G alone is not mature enough to justify on its own a significant premium for the new iPhones but at the same time Apple is best placed to kickstart consumer demand for 5G," Thomas Husson, the vice principal analyst at Forrester said.

Read More: How to Find Out If 5G is Available to You

Check out more news and information on 5G Network and iPhone 12 on Science Times.