Without an early diagnosis of autism spectrum disorder (ASD), a person with this condition will face many challenges that will affect their behavior and development. Researchers discovered that DNA in the umbilical cord might help physicians make an early diagnosis and intervention.

A study by the University of California Davis MIND Institute was recently published in the journal Genome Medicine. They discovered that cord blood of newborn babies had a distinct DNA methylation signature or the addition of a methyl group (CH3) to the genome. Furthermore, the signature was traced in genes and DNA regions associated with early fetal neurodevelopment.

In the United States, nearly one out of 59 children are diagnosed with autism. The neurodevelopmental disorder is characterized by difficulties in social interaction, communication, and sensitive senses. Communication may be in the form of monotonous or delayed speech as well as limited and repetitive behaviors.

Professor Janine La Salle said that ASD has a specific DNA methylation signature "in cord blood with specific regions consistently differentially methylated. During the study, they also identified six epigenetic signatures that determine why ASD is more prevalent in males than females.

Epigenetics is when external modifications in the DNA, such as methylation, affect with genes are off or on. The DNA sequence itself is not modified but affects how cells read the genes. The genome will have differentially methylated regions (DMRs) or regions with a significantly altered methylation status.

As the cell uses the DNA instructions, the DMRs can be passed onto new cells and transferred genetically as well through several generations. The neonatal epigenome can influence how genetic and environmental factors affect early development and the future health of newborns.

From the Markers of Autism Risk in Babies (MARBLES) and the Early Autism Risk Longitudinal Investigation (EARLI) studies, the team analyzed the development of 152 newborns. All of the mothers already had at least one child diagnosed with autism, increasing the chances of having another baby with the same condition.

At birth, umbilical cord blood samples were preserved and assessed. The newborns were assessed after 36 months and were categorized under having ASD or "typically developing." 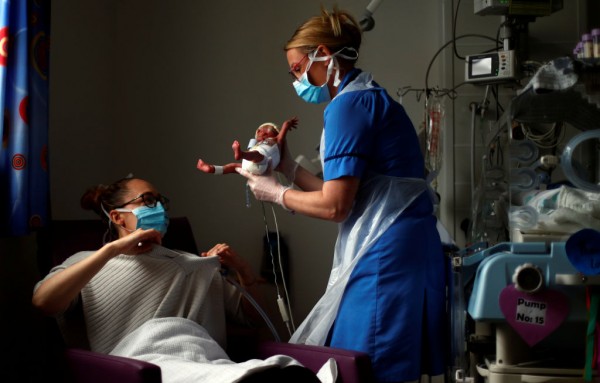 Read Also: Did You Know That Autism Can Be Traced as Early as in Prenatal Neuron Development?

Biomarkers of ASD in the Umbilical Cord

Cord blood samples were used for whole-genome sequencing to identify biomarkers of ASD. The team searched for patterns that would indicate the future diagnosis of autism.

In the study, there were 74 males and 32 females. As the DNA was tested for DMRs, they discovered that a replication set was found in 38 males and eight females.

Sex-specific epigenomic signatures revealed 31 regions in females and seven in males with replicated sets of DMRs. The authors wrote, "these DMR genes were significantly enriched for brain and embryonic expression, X chromosome location, and identification in prior epigenetic studies of ASD in post-mortem brain."

LaSalle said that their results can help physicians make an early diagnosis and intervention of ASD. The team was impressed by the genetic information that the umbilical cord blood contained associated with the fetal brain.

Check out more news and information on Autism on Science Times.