Happy Endings Could Mess Up Your Brain's Decision-Making, Study Says

Humans are hard-wired to prefer memories with a 'happy ending.' However, the effects of past decision-making experience can have an impact on the next decisions. Research suggests that our best interests depend on decisions we make based on past memories.

A new study reported in The Journal of Neuroscience said that two separate brain areas are stimulated and interact while making choices based on previous experiences. Despite beginning poorly, they will lead one to overestimate experiences that end well and undervalue experiences that end badly despite starting well-even though both are similarly beneficial overall. 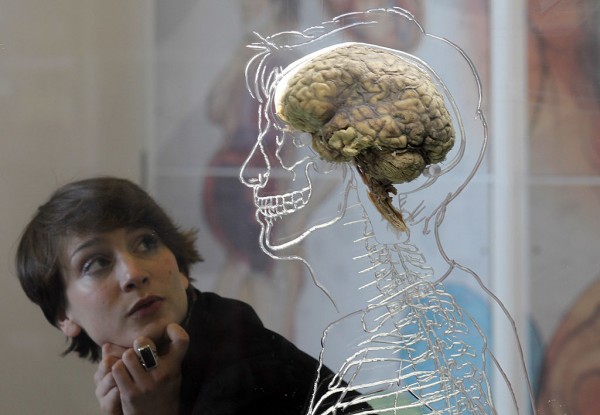 (Photo: Matt Cardy/Getty Images)
BRISTOL, UNITED KINGDOM - MARCH 10: Nicole Briggs looks at a real human brain being displayed as part of a new exhibition at the @Bristol attraction on March 8, 2011, in Bristol, England. The Real Brain exhibit - which comes with full consent from an anonymous donor and needed full consent from the Human Tissue Authority - is suspended in liquid with an engraved full-scale skeleton on one side and a diagram of the central nervous system on the other and is a key feature of the All About Us exhibition opening this week.

Our Mind Values Last Few Moments of the Memory

Let's play a game. Imagine that the COVID-19 pandemic is done, and you're having a break. With no plans other than to sunbathe, swim in the ocean, and have loads of drinks garnished with flowers, berries, and tiny umbrellas, you're going somewhere hot. The weather is lovely when you reach your destination. Things did go as planned for the first few days. But there's a sharp, intense wind on the third day that makes it difficult to go swimming. It rains on the last day, keeping you indoors all day.

So are you going to recall that as a good vacation? Probably not, experts say. You would currently remember this encounter more poorly than a holiday during which much of the time it rained and just cleared up on the last day. It doesn't matter if you had more fun in the mild weather on your first holiday.

Our brain values the last few moments of memory more strongly than most of it, said Dr. Martin Vestergaard, a researcher at the University of Cambridge's Department of Physiology, Development, and Neuroscience, who led the study.

"If we can't control our in-built attraction to happy endings, then we can't trust our choices to serve our best interests."

Previous researchers already recorded the happy ending effect before. Daniel Kahneman, who won the Nobel Memorial Prize in Economic Sciences for his work on judgment and decision-making, found in his study that the worse the memory is, the more painful the last minutes are.

Our Brain Sort Things Out

According to the study, our minds' amygdala sorts out the empirical meaning of an event, such as the general tastiness of a three-course meal.

Meanwhile, as it becomes increasingly worse with time, a brain area called the anterior insula had been found to mark down our assessment of an encounter.

Even though only very new, the farther back in time an event was, the less weight it brought in making the next choice, researchers observed.

People prefer to make choices based on past encounters that ended well, regardless of how pleasant the meetings were overall. They call it the "happy ending effect".

In the research, 27 stable male participants were challenged to select one of the two pots of coins had a greater overall worth, viewed on-screen one at a time.

They watched as coins in different sizes dropped from the pots in rapid succession, reflecting their worth. Simultaneously, a brain scanner using functional magnetic resonance imaging (fMRI) in their brain showed what was occurring.

With varying sequences of coins, the task was performed many times.

Researchers discovered that the volunteers systematically picked the incorrect port as the coins reduced in scale at the end of the series.

They say that this shows that the brain levied punishment on the whole series because the ending was not pleasant, regardless of its overall worth.

The influence ranged from individual to individual. However, according to the report, only a handful was willing to disregard it entirely and make a fully reasoned decision.

How to Fix It?

We might also want to experiment with our own neurobiology regarding how people respond to inadequate resources. The behavioral economists George Loewenstein and Drazen Prelec published a paper in Psychological Review as far back as 1993 proposing that individuals favor an improving pattern or series of interactions, rather than a declining trend since they want to bask in the expectation of a good outcome.

However, there are shorter-term situations in which others can purposely defer the happy outcome result.

What is called logical or unreasonable activity is always arbitrary, Kiyohito Iigaya, a postdoctoral neuroscience researcher at Caltech who was not interested in the new report, said per Wired. He relates to another Loewenstein paper that showed that individuals sometimes put off seeing a celebrity so that they may experience looking forward to the case.

In some instances, this might be insane, but from the perspective of maximizing the pleasure of suspense, Iiagaya claims it has a justification.

Vestergaard admits that it may be an evolutionary boon to our search for happier ends, but he points out that it may often drive us astray. It can make it simpler to quickly make choices since it gives us an "intuitive" or "good" feeling on which alternative is better.

But it can be challenging. Either our gut can be incorrect or it can be easily fooled. This is what his studies achieved, albeit harmlessly, in nature.

Vestergaard emphasizes that only because our brains process upward and downward pattern knowledge does not suggest that we get to privilege that knowledge.

It's always possible to sit and reflect, he notes. He advises taking a step back when making a significant choice, composing a list of pros and cons, and analytically assessing the options out there. Is that actually in your best interest?

ALSO READ: How Does the Hippocampus Affect Bodily Functions?

Check out more news and information on Neuroscience at Science Times.