The discovery, reported in the New England Journal of Medicine on Tuesday, may contribute to powerful disease therapies that have killed 40 percent of identified patients.

According to scientists, the pathology they found, which is induced by genetic abnormalities, results in the appearance of blood clots in the human body.

It is noted that this disorder puts together many inflammatory syndromes that have not historically been related to each other by physicians. Thus, lung and cartilage structures may be damaged by the inflammatory process in VEXAS patients. Only 50 people with this condition are identified at present. Scientists, however, claim that there could be even more in fact.

"These patients are sick. They don't respond to any treatments, from high doses of steroids to various chemotherapies. It's incredibly frustrating for those patients, and frightening for their families," Dr. Dan Kastner, a senior author of the article and scientific director of the Intramural Research Program at the NIH's National Human Genome Research Institute, told NBC.

Scientists at the University of the Ruhr and the University of Freiburg, Germany, have previously determined that early symptoms of Alzheimer's disease, an incurable and lethal type of senile dementia, can arise at an early age, decades before the onset of the disease. Signs are reflected in breaches of intuitive orientation in space, as stated in their paper. 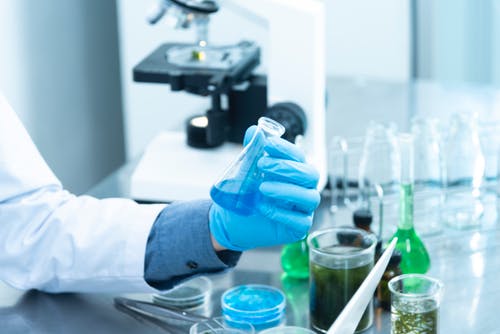 What is Vexas Disease?

Historically, doctors have identified modern pathogens and looked for signs. More recently, they have been able to go a little farther. Hence, they took a sample of individuals with identical symptoms to search at some correlations that may lead to a hereditary source and testing their genomes.

The scientists reversed the script this time: the team began with a collection of more than 800 inflammation-related genes and compared those genes to around 2,500 patients with undiagnosed diseases in an NIH database.

Dr. David Beck, a clinical fellow at the National Institution of Human Genome Science, and lead author of the new paper said in a statement that they started with a list of genes instead of beginning with symptoms."

The research brought them to three patients discovered to have the same mutation in a gene named UBA1, all males. It revealed a previously diagnosed hereditary disorder.

Kastner said they attempted to locate "a needle inside of a needle in a haystack." The study team further found twenty-two more men with the same defect. After an acronym focused on a diverse collection of genomic factors:' vacuoles, E1 enzyme, X-linked, autoinflammatory and somatic,' they named the discovery of VEXAS syndrome.

Cavity-shaped structures that appear like bubbles are vacuoles. They are present in men with VEXAS syndrome in the form of a blood cell called the myeloid cell. Somatic "indicates the illness that arises at some stage during the life of an individual."

It seems that the condition does not develop until maturity and has been identified exclusively in males. One theory for that could be that the mutation is bound to the X chromosome. Men only have one X chromosome, whereas women have two chromosomes. The researchers presume that the additional X chromosome would bypass the mutation in some way and provide a protective impact.

How To Treat Vexas Syndrome?

"Science touches lives," said Dr. S. Louis Bridges, chief surgeon and chair of the Department of Medicine at the New York City Hospital for Special Surgery. Bridges was not involved in the said research.

"This is one of the items that we might never have noticed if we hadn't had this incredibly highly trained community of people with genetic defects," Bridges added.