Your Happiness Might Very Well Be Inherited, Says Scientists

Science says the human's degree of happiness is related to their genetic makeup. Yet it is almost impossible to change genes to improve your satisfaction.

In the first-ever survey, Meike Bartels of Vrije Universiteit Netherlands and a community of researchers examined approximately 300,000 people.

Several DNA materials and measurements of well-being have been checked. The research found associations between genes and emotions by looking at individual genomes, which comprise the genetic material that defines a person.

There have been three hereditary variants for pleasure, two responsible for variations in depressive symptoms, and eleven human genome positions that can account for differing degrees of neurotic actions.

There were two points regarding the human genome when the research was conducted that Bartels claimed might be related to human satisfaction. Bartels announced on Saturday that researchers have now uncovered 20 regions of satisfaction connected to the genome as the sample size rose.

Bartels added, though, that while genes are connected to the happiness rate, external environmental influences will directly impact how certain genes display themselves. Now she is concentrating on uncovering the magnitude of the dynamic.

"My main aim is to get a better hold of the environment. We think we know a lot about the environment but we do not. Most environmental factors are genetically influenced," Bartels told CNBC. 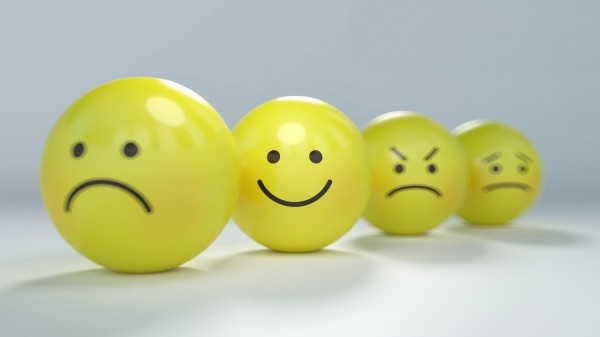 (Photo: Pixabay)
The Search For Happiness: It's Meaning and Importance

Is there even a happiness gene?

Knowing the position of individual genes brings up concerns regarding the potential to alter the genetic makeup. If you knew what to change to make people happy, why wouldn't anyone make sure they are full of happiness genes in the future?

But it doesn't mean that you're doomed to be miserable if you weren't born with those chromosomes. Our genes make up an estimated 40 percent of the potential to be content, a separate study states.

In Santa Monica, California, psychotherapist Susan Zinn of Susan Zinn Counseling claims that "it is entirely feasible to rewire our brains for pleasure." Zinn said that about 60% of happiness is attributed to lifestyle and other environmental influences.

Can we get the happiness gene in the future?

There are ways you should grow to be healthier, considering your hereditary disposition, even in tough times. It is important to develop other characteristics, such as endurance, over time.

Zinn says you have a choice. It's no better than choosing whether to wear or what food to order, she said. According to her, there's a lot we can do with it when it comes to happiness.

Zinn suggests one means of reaching a happy condition is to let go of a desire for perfectionism that relies solely on the overall objective of accomplishment.

It is popular in American culture to associate pleasure with perfectionism and achievement. But it leads you to focus on the summit of what you want to do rather than the journey of what arises along the way.

Volunteer. According to 2020 studies, doing things for someone takes the eye off yourself and will help you feel good. Even if you can't make a daily effort to volunteer, think about little activities you can do to support people, such as picking up food for those not willing to get them on their own.

Workout. Physical exercise is not just good for the health, it's fantastic for the mind as well, Zinn notes. Movement helps the feel-good drug dopamine to be produced. Present federal recommendations prescribe a moderate physical exercise of 150 minutes per week, which falls down to 30 minutes five days a week.

Healthy diet. A balanced diet may enormously influence your self-confidence, wellbeing, and resulting satisfaction. A 2012 study showed that a plant-based diet will increase your attitude if you're curious about what kind of food to consume. Moreover, nutritionists strongly suggest the DASH diet and the Mediterranean diet.

Get out in nature. Nature makes you feel humbled by what's around you, lowers depression, and helps you feel more linked to the universe, which Zinn believes will contribute to greater happiness with life.

Laugh. In even the worst or craziest of situations, people who may find humor are also able to improve their satisfaction.

Tune in to spirituality and sense. Mindfulness meditation, philosophy, belief in a better entity, or a connection to higher consciousness can help offer existence a deeper sense of meaning.

Check out more news and information on Genetics at Science Times.