Video Gaming Can Be Good for a Person’s Mental Health, an Oxford Study Finds

An Oxford University study recently suggested that playing video games can be good for an individual's mental health. The suggestion came after a breakthrough alliance in which researchers at the university, for the first time, worked with real gameplay data.

The research which focused on Nintendo's springtime craze, Animal Crossing, and EA's shooter Plants vs. Zombies: Battle of Neighborville players, found that those who played more games tended to present "greater 'wellbeing,' casting further doubt on reports" that this kind of gaming can be harmful to one's mental health.

Essentially, the research was one of the first to be conducted utilizing actual play-time data. Fortunately, there are internet-connected nature of games that the team from Oxford University was able to associate psychological questionnaires with actual records of time spent in playing the games. 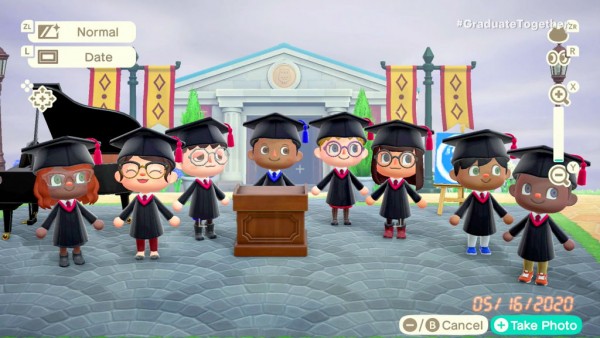 The Video Game That Unites People

Reports on this new finding said, past research had tended to concentrate on self-reported time playing, researchers found, only weakly linked to reality.

According to the lead researcher on the project, Andrew Przybylski, video gaming is about "bringing games into the fold of psychology research that is not a dumpster fire." He also said the new finding had enabled them to "explain and understand games as a leisure activity."

It was a search to find out if the data gathered by gaming firms are vaguely helpful for academic and health policy study, explained the lead author.

At the beginning of the project, Przybylski added, he was astounded by how little data gaming firms actually had about their players. He was surprised, too, by how little hard data had been applied by past research into the possible harms or benefits of video-gaming.

The project presents that, he also explained, if one plays about four hours each day of Animal Crossing, "You're much happier human being." However, that is only interesting since all of the other studies before this are done so badly.

The study authors are keen to highlight that the research findings are not "a carte blanche pass for games." Przybylski said he is quite confident that if the study continues, they will learn about the things commonly thought of as toxic in games and that, "We will have evidence for those things, as well."

The study only investigated two games for all ages, and other modes of play possibly be less wholesome. In a similar way, the attitude an individual takes to gaming could impact the mental effect gaming has.

More so, the paper contradicts "intrinsic" fun, playing a game because it is enjoying, with "extrinsic," more worrying behaviors like feeling bullied while playing, either by the other gamers or the mechanics of the games themselves.

The study authors hope their project will introduce a "higher stander of evidence" to discussions on the notion of addiction to video games or digital harms as a whole.

Elaborating this hope from researchers, there are certainly respected, essential bodies such as the World Health Organization and the National Health Service, that allocate attention and resources to something that there literally no good data on.

It is shocking to him, too, that the reputational danger that everyone is taking, given the stakes. Przybylski added, "For them to turn around and be like, hey, this thing that 95 percent of teenage individuals do? Yeah, that's addictive, no, we don't have any data,'" and that, he remarked, makes no sense.

ALSO READ: Among Us 2 Cancelled, Devs to Focus on Original Game

Check out more news and information on Video Games and Mental Health in Science Times.