Top 3 Positive Feelings for an Increased Level of Happiness, According to Science

According to research, there are simple things we can do every day to enhance our happiness, even during challenging times like today's COVID-19 crisis.

In 2014, two Berkeley-based University of California psychologists launched an online course with the main goal of teaching the enrollees how to be happy, both through science and practice, in just eight weeks.

What's amazing, according to those who have signed up for the course, is that the program seemed effective.

Thousands of people enrolled in the "Science of Happiness" course, and they learned about the science of "connection, compassion, gratitude, and mindfulness."

Probably more essentially, the students completed as well, a series of simple activities that studies suggest increase the level of happiness. 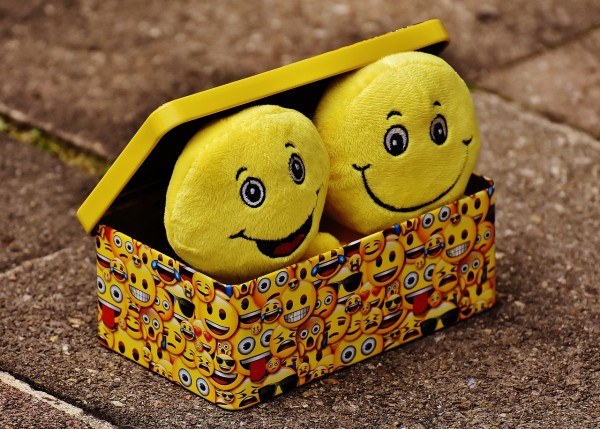 (Photo : Alexas_Fotos on Pixabay)
Students who participated participate fully discovered they had increased positive feelings each week and reported they had started to feel less sad, stressed, lonely, angry and fearful, while, at the same time, they experienced more enthusiasm and affection, not to mention, a greater sense of community.

3 Positive Feelings that Increase the Level of Happiness

Students who participated participate fully discovered they had increased positive feelings each week. They reported they had started to feel less sad, stressed, lonely, angry, and fearful, while, at the same time, they experienced more enthusiasm and affection, not to mention a greater sense of community.

During the course, the happiness of the students, including their life satisfaction, improved by roughly five percent. That boost stayed even four times, following the conclusion of the course. Here are 3 of the positive feelings that you can try to boost your level of happiness:

Social connection is the most major factor that affects happiness, several studies have found. One of the most conclusive is that of the Harvard Study of Adult Development, which, for over eight decades, has observed the lives of hundreds of participants, and currently, their kids.

In this particular research, the study investigators found that close relationships with family, friends, spouses, and members of the community, for instance, are the biggest factor in keeping people happy all their lives.

Those who have strong relationships, the researchers found, are happier and healthier both mentally and physically, compared to those who are less well-connected.

List down three things you are grateful for at the end of the day. Write the reason for such occurrences of these three things. According to a 2005 by Positive Center at the University of Pennsylvania director Martin Seligman, by doing so, it will lead you to long-term increases in happiness and reductions in depressive symptoms.

This global health crisis might make it more challenging to feel grateful, although taking the time to count your blessings even now is quite a powerful strategy for the improvement of wellbeing.

You might find this the most challenging. According to Emiliana Simon-Thomas, who co-teaches the Science of Happiness course, specifically in the West, people have adopted the inclination of self-criticism as their cultural value. They tend to apply self-punishment too, when dealing with failures.

The expert enumerated three parts of self-compassion practice. They raw on some other exercises like being present in the moment instead of dwelling on the past or anxiously looking to what lies ahead.

It is ideal to understand that obstacles are part of being human, and we all experience them. Nurture a warm, supportive inner voice instead of an antagonistic, self-criticizing one.