Experts Splice Human Genes Into Monkeys to Enhance Their Intelligence

In an experiment that might reflect the condition of the real-life Planet of the Apes, scientists spliced human genes onto a monkey's uterus to greatly expand the scale of the brain of the primate. And it's been working.

Researchers from Germany's Max Planck Institute of Molecular Cell Biology and Genetics and Japan's Central Institute of Experimental Animals have inserted ARHGAP11B, a particular human gene, into the fetus of a typical marmoset monkey, allowing the neocortex of its brain to expand. The researchers published their results in Science.

The newest section of the brain to develop is the neocortex. "Neo" means modern in the word, and "cortex" means, yeah, a tree's bark. This exterior shell makes up more than 75 percent of the human brain. It is responsible for many of the advantages and quirks, including logic and complex words, that makes us fundamentally human. 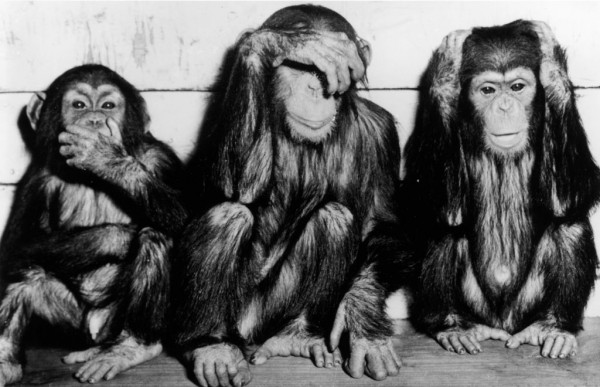 Not long after our hominid ancestors branched off our current chimpanzee cousins' evolutionary tree, Popular Mechanics claimed that their brains experienced rapid growth, almost tripling in size during a 3 million-year period. The brains of Hominids developed so rapidly that they were crowded in the slowly developing craniums, forcing the neocortex to wrinkle in a distinctly human fold.

This was the product of various evolutionary causes, scientists claim. Still, the language of ARGHAP11B, something peculiar to hominids, may have provided a boost to the minds of our predecessors, the Neanderthals and Denisovans, and close-but-now-extinct relatives.

Previous experiments have shown that ARHGAP11B has also induced enlargement of the neocortex when expressed unnaturally in mice and ferrets. This was the first time, though, that the gene was used in a non-human primate and with normal human expression levels, further confirming that it played a crucial role in our development.

ARGHAP11B emerged about 5 million years ago in our ancestors when a happy little mistake copying the daily gene ARGHAP11A happened. In an evolutionary flaw, removing 55 nucleotides from ARHGAP11B culminated in a single replacement of one nucleotide base (the molecules that encode DNA) with another. The mutation-induced the brain's neuron-producing cells to produce more of themselves for longer periods, resulting in a wider neocortex, much like a machine processing an incorrect line of text.

"We found indeed that the neocortex of the common marmoset brain was enlarged and the brain surface folded," Michael Heide, the lead author of the study, said in a press release.

Will it portend a real-life Planet of the Apes situation?

For this cause, the researchers restricted their analysis to monkey fetuses, which were taken out by C-section after developing for 100 days. It would be reckless and immoral to encourage the experiment to go beyond the fetal process and let the human gene-carrying monkeys be born, study coauthor Wieland Huttner said in the press release.

Experts found it a requirement, and mandatory from an ethical point of view, to first assess the impact of ARHGAP11B on the formation of fetal marmoset neocortex, given potentially unforeseeable implications concerning postnatal brain activity.