Look around your house, office, or room. There are so many things you see, right? When asked where you got them, you'll indeed say you bought them from the store or ordered them online.

But, did you ever wonder how they're made or discovered? Interestingly, not all things are created or discovered by purpose. Many were discovered or invented by accident.

This indeed is true of a lot of items we use every day. Read on, and you'll definitely be surprised to know that these 5 things that are almost permanent attendees in our kitchen, office, or our kids' playroom which actually existed unintentionally. 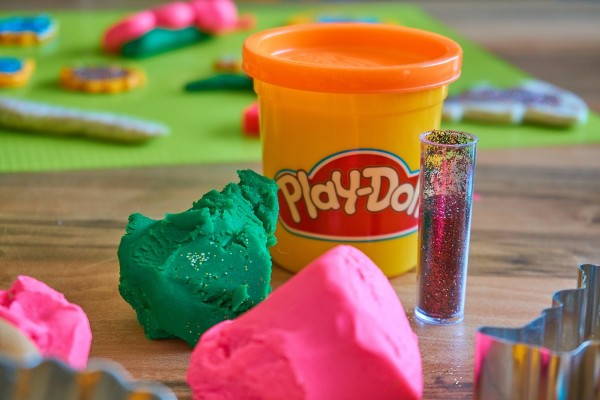 (Photo : Pixabay)
Play-Doh was said to be accidentally invented in the 50s decade by Joseph and Noah McVicker while they were attempting to make a wallpaper cleaner.

One smell many of us remember from our childhood is the odor of the popular nontoxic modeling clay, Play-Doh. This all-time favorite of kids was said to be accidentally invented in the 50s decade by Joseph and Noah McVicker while they were attempting to make a wallpaper cleaner.

One year later, it was marketed by Rainbow Crafts, a toy manufacturer. Over 700 million pounds of this famous clay brand have been sold since its invention, although the recipe has stayed a secret until now.

Are you one of the many who cannot eat just one potato chip? Chef George Crum is partly to be blamed. According to reports, he developed a healthy snack in 1853 in New York.

Fed up with one of his customers who kept on sending his fried potatoes back with a complaint that they were "soggy and not crunchy enough," Crum sliced the potatoes the thinnest possible he could, had them fried in hot grease and doused with sault after.

Finally, the customer loved them, and what was then called the "Saragota Chips" fast became a famous food item in New England.

At present, the chips are packed in plastic or foil bags or cardboard containers and are available in different flavors such as sour cream, barbecue, onion, salt, and vinegar.

Arthur Fry first conceptualized this typically small piece of paper with an adhesive on the back as a technique in holding bookmarks in his hymnal as he sang in the church choir.

Fry, at that time, was aware of an adhesive, accidentally created in the late 60s by Spencer Silver, a fellow employee at 3M company. Now application for this lightly sticky stuff was reportedly apparent until this idea of Fry.

3M then, was at first, doubtful about the profitability of the Post-It Notes, but in 1980, this product was introduced worldwide. At present, these famous sticky notes are marketed in over 100 countries all over the world.

This product is presently a standard appliance in most households in the United States, although it has existed since the 40s decade.

Specifically, in 1945, Percy Spencer was doing an experiment with a then-new vacuum tube known as a "magnetron" while he was conducting research for Raytheon Corporation.

He got intrigued when a candy bar inside his pocket started to melt, so he tried one more experiment, this time with popcorn. When it started popping, Spencer immediately discovered the potential of this groundbreaking process.

When this first microwave oven first became available for use at home in the early 50s, its expensive price, heavy and bulky weight and size, respectively, made it uninteresting among consumers.

However, in the late 60s, a much more famous 100-volt countertop edition of the oven was introduced at a much more affordable price of $495.

This oldest artificial sweetener was discovered by accident in 1879 by Constantine Fahlberg, a researcher who was then working at Johns Hopkins University in professor Ira Remsen's laboratory.

This discovery came after Falhberg forgot to wash his hands before lunch. Reports said the discoverer had "spilled a chemical on his hands and it," in turn led the bread he ate to tasted extraordinarily sweet.

In 1880, Fahlberg and Remsen jointly published the former's discovery, although, in 1884, Fahlberg obtained a patent and started to mass-produce saccharin without Remsen.