Have you read "The Miracle Morning" by Hal Elrod? This is a book professing the essentiality of developing a structure for our morning routines and practices, which can help us feel more productive and less stressed every day.

Indeed, a morning routine is something we should consider essential. This may be easier said than done since most of us have yet to know what key components science says we should really include as part of our morning routine.

To some, like Dwayne 'The Rock' Johnson, shares that his secret is "waking up at the crack of dawn."

But a lot of studies have suggested that it is not as easy as the "early bird catching the worm." According to experts, we all need a morning routine for us to achieve the most out of those "dawn hours."

Here are 5 of the science-approved effective ways to make the most out of your mornings: 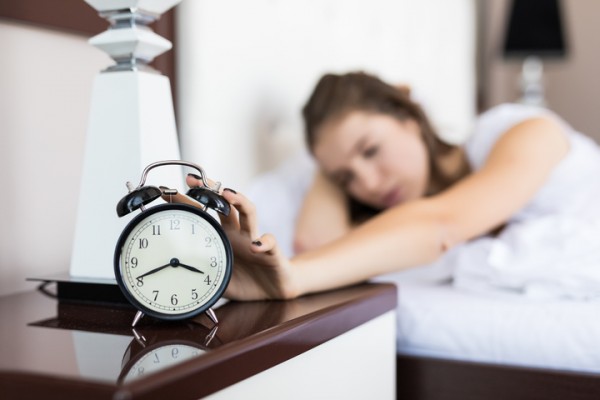 (Photo : PxHere)
A sleep expert, said, dozing off for those extra minutes as set in our ‘snooze’ button means we are only preparing our body for another sleep cycle ‘which is then quickly interrupted’ and this causes fatigue for the rest of the day that lies ahead.

1. Set One Specific Time to Wake Up Every Day

One study that observed more than 60 Harvard students for one month found that people with the most consistent wake-up hours "performed better" compared to those who chose to mix it up, even though they were getting the same amount of sleep in general.

When, in their book, "My Morning Routine: How Successful People Start Every Day Inspired," authors Benjamin Spall and Michael Xander asked 300 successful individuals about their respective morning routines, the two found that their respondents' wake-up time was specifically 6:27 am each day.

2. Prepare to Brew Coffee But Don't Take a Sip Yet

Research revealed that the cortisol levels of people peak some time "between 8 am and 9 am." According to Stephen Miller, PhD, a Bethesda, Maryland-based Uniformed Services University of the Health Sciences candidate, rather than "hopping aboard this wakefulness train though," the coffee we consume at this time may, in fact, blunt the natural effects of cortisol.

So, instead of drinking coffee or any caffeinated beverage during this window, hold off for at least one hour after you awaken, recommended Miller.

3. Allot Time for the Activities that Make You Feel Good

Also, in their study, Spall and Xander found that the most successful morning people woke up early to allow time for activities that make them feel good.

This may particularly be essential for parents who may no longer have that time once their children wake up. There is evidence that journaling and working out are two of the great ways to be prepared for the day.

Of course, there is an exception, especially if you don't like exercising and writing in a journal. According to lifestyle consultant and a new Netflix series host, Marie Kondo, she starts the day by opening her windows, burning some incense, and, as what she's famous for-tidying up.

While it may undeniably a challenge to be a morning person, not to mention a consistent one, minus the alarm clock, learning not to be dependent on it is one of the best things we can do for ourselves.

Indeed, alarm clocks are jolting us awake and causing what experts call "sleep inertia." This condition is described as a period of "cognitive and motor" damage after waking up in which we feel like we urgently need coffee to wake up or keep us awake.

If you think hitting snooze would help, change that thought. Pressing the 'snooze button' is probably the worst part of an alarm clock as it only makes things worse.

Neil Robinson, a sleep expert, said, if we're dozing off for those extra minutes as set in our 'snooze' button, we are only preparing our body for another sleep cycle "which is then quickly interrupted." That interrupted sleep, Robinson added, causes many people to feel exhausted for the rest of the day.

5. Engage in an Early-Morning Workout

Previous studies suggest that early-morning exercise on an empty stomach helps fast-track weight and "boost energy levels" by preparing the body for a whole day of fat-burning.

Working out early in the morning may push the body to blow into its fat reserves for fuel rather than merely burning off and melting most recently-consumed food.

Research also found people basking in bright sunlight within a couple of hours after waking were slimmer and better at managing their weight compared to individuals who were not getting any natural light regardless of their food consumption throughout the day.

ALSO READ: Afraid of Routine? Here's What You Should Know