Insects Can Be an Essential Teaching Tool for Children - Researchers

We can see insects everywhere. They're in our backyard, garden, and in the park where we usually take our dog for a walk. In fact, if we talk about numbers, insects are dominating the Earth with over 5.5 million species. According to a study, an approximated "10 quintillion individual insects" live at any given moment.

And since insects are quite small, freely available, and can simply be kept at home or inside the clasroom, insect researchers believe they are tools for teaching kids about nature. This could make them more enthusiastic about science.

Markee, on the other hand, is a researcher at the Florida Museum of Natural University at the University of Florida. This feature originally came out in The Conversation. 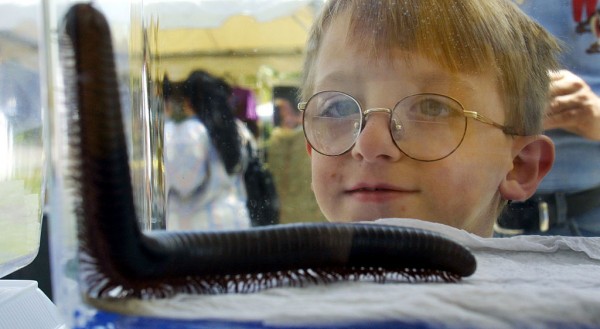 (Photo : Joe Raedle/Newsmakers/Getty Images)
Researchers believe insects are tools for teaching kids about nature, which can, in turn, make them more enthusiastic about science

The researchers investigated more than 260 teachers in 44 states about the kinds of animals they use in their classrooms.

Among the respondents involved in the survey conducted in 2019, six were preschool, 62 elementary school, and 47 high school teachers. The rest reportedly taught at "all levels of instruction."

As a result of their survey, the study investigators found that teachers were most likely to prefer vertebrates for education in the classroom, with 328 cases of birds, mammals, amphibians, reptiles, and fish.

The researchers also found over 140 instances of invertebrates, which included worms, spiders, insects, and crustaceans such as crabs and shrimps. The most common insects used for teaching, as the study specified, were butterflies, "followed by cockroaches and beetles."

Additionally, about two in every three of the studied teachers reported they are not keeping insects or spiders in their classrooms as they prefer other animals.

Meanwhile, another one in six teachers said they do not keep insects inside the classroom because they do not like them.

The responses presented rarity in teachers when it comes to using insects in their classrooms, as well as the small number of insect species they choose for this purpose.

Even though many people fear insects, they are said to be an ideal teaching tool for a lot of reasons. For instance, they are use of a unique range of lessons, "form metamorphosis to diversity." Insects tend to be cost-oriented as well, and they are easy to manage and care for.

One reason teachers are encouraged to use insects as a teaching tool is that scientists have observed that interacting with insects can help kids appreciate nature.

Rearing insects like butterflies and moths in classrooms or simply observing them outside provides children with an opportunity for a "hands-on learning experience."

Most of the time, observing these insects results in further curiosity in students about the natural environment in which they are discovered.

The researchers said they believe that by keeping insects inside the classroom, young students are given an excellent opportunity to learn more about these specific animals.

Insects are frequently feared off or terminated due to the stigma in common culture and universal disgust. As experts in the field, the study authors said they believe that introducing insects in the classroom, along with teaching children about the behavior of insect, as well as their roles in the environment, will give these young ones a safe place to watch closely, observe and appreciate such creatures.

Check out more news and information on Insects in Science Times.