UK May Be the First Country to Authorize COVID-19 Vaccine

Britain is expected to be the pioneering western country to authorize a COVID-19 vaccine, raising the prospect of immunizations starting weeks ahead of the rest of Europe.

Specifically, the medicines regulator of the United Kingdom is slated to license the emergency use of Pfizer-BioNTech vaccine in a couple of days, and if possible, as early as Wednesday.

According to a report from The Guardian, "Britain has ordered bout 40m doses, of which 10m are expected to be available this year."

In the meantime, regulators in Europe yesterday recommended, it might not come up with a decision until the latter part of December. This then means it would begin vaccination programs throughout Europe unlikely before 2021. 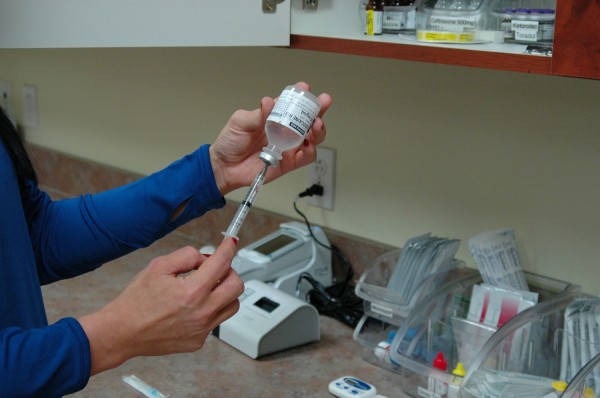 (Photo : Jason Taix on Pixabay)
Britain is expected be a pioneering western country to authorize a COVID-19 vaccine, raising the prospect of immunizations starting weeks ahead of the rest of Europe.

First in the West

The UK could start immunizations before any other nation in the west as authorized by the MHRA or the Medicines and Healthcare products Regulatory Authority, a globally well-known body.

With less than one month before the Brexit transition period ends, its supporters are likely to seize as well, on the ability of the MHRA to act and fast-track and solely, for the first time, minus waiting for the other countries of Europe.

Until the start of January next year, decisions on licensing for medicines and vaccines would have been taken by London-based EMA or European Medicines Agency until Brexit.

Nevertheless, the UK administration passed regulations to enable the MHRA to give emergency authorization to COVID-19 vaccines if makers had adequate data to apply before 2020 ends.

According to a Whitehall source, the UK could begin saying, Pfizer vaccine's approval of the MHRA, when it happens, is going to be a "big moment not just for the UK" but the entire world, as well.

Europe has just started considering data from the final phase of trials, specifically of the Pfizer vaccine. Yesterday, the EMA announced its receipt of final data from Pfizer, and American pharmaceutical company, Moderna, manufacturing a similar vaccine. Both companies have announced an efficacy of 95 percent in phase 3 trials.

According to the EMA, the evaluations would be fast-tracked, as a result of its own rolling assessment of the data from prior trials and other information, along with an opinion on approval expected to take place within a couple of weeks.

Nevertheless, the regulator said it might not be able to decide until the end of this month. Furthermore, in a statement, the EMA, including its scientific committees, said they would carry on working on the analysis during the Christmas week.

The agency continued saying, if data submitted are strong enough to come up with a conclusion on the "quality, safety and effectiveness of the vaccine," the scientific committee of EMA for human drugs would conclude its analysis during an unusual meeting slated, the latest, for December 29.

If the EMA then provides the go signal, the European Commission is going to consider within a couple of days whether to grant provisional marketing authorization, which would mean, vaccine is authorized for use in all member states.

What Lies Ahead of the COVID-19 Vaccine

In the United States, the Food and Drug Administration or the FDA is investigating all the Pfizer-BioNTech data. The agency said it would meet to come up with a decision on December 10.

Meanwhile, plans for mass immunization are quite advanced. They are expected to be logistically multifaceted, though, due to the need to store the vaccine in the freezer at -70 degrees Celsius.

Once it has been removed, it can be kept in a fridge from two to eight degrees Celsius for five straight days. Once transported from its origin of production in Belgium, the MHRA and Public Health England are set to conduct quality assurance examination to find out if "transportation conditions have been followed."

The vaccine will then be sent to different locations, which include hospitals, where NHS leaders are expecting frontline health workers to start receiving it.

Sources approximate it would be between four and six days from the arrival of the vaccine to the administration of its first doses.