Do You Have Sleep Apnea? Here’s What It Can Do to Your Heart

Individuals with obstructive sleep apnea or OSA who are experiencing longer nocturnal respiratory events are likely to suffer higher abrupt heart rate variability and bigger changes in beat-to-beat that are linked to reduced daytime alertness. This has been shown in a new study from the University of Eastern Finland.

OSA impacts roughly one billion people globally. It is one of the most predominant sleeping disorders, causing huge anxiety not just on public health but also on national economies.

According to MedicalXpress, one of the medical news sites that reported this new finding, nocturnal respiratory occurrences, whether they are complete or "partial blocking of airways," frequently lead to "repeated oxygen desaturation" and disrupted sleep in individuals who have OSA, resulting in abnormal nervous system function. 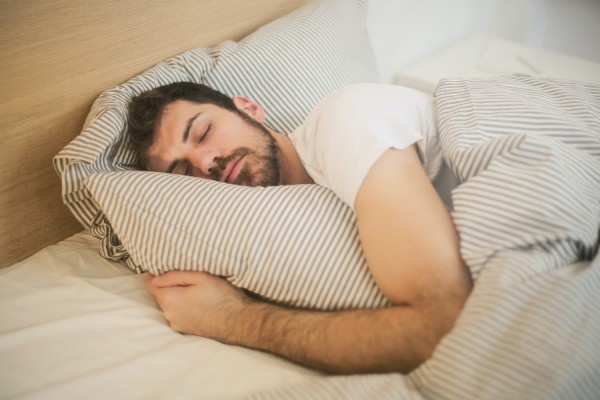 (Photo : Andrea Piacquadio on Pexels)
Sleep Apnea linked to heart function is found to be more noticeable in men. The said research findings proposed that the abundance of existing data from present clinical sleep investigations could be used more extensively in the future.

Such changes have been shown to substantially increase the risk of cardiovascular diseases. Additionally, the sympathetic nervous system's hyperactivation can hinder individuals with OSA from getting adequate, deep, curative sleep, which is why they frequently feel fatigued and less alert during the day.

Essentially, hyperactivation of the sympathetic nervous system can have the ability to keep the body in a state of alertness for an extended period despite inadequate deep sleep, and this can be observed in, for instance, elevated heart rate during daytime in people who have OSA.

Two recent University of Eastern Finland studies have explored the abrupt effect of respiratory occurrences on heart rate variability, as well as the nocturnal heart rate changes with the alertness of OSA patients.

Research published recently in Scientific Reports presents that the type of duration of individual respiratory occurrences has an impact on heart rate and heart rate variability during and after the occurrence.

Furthermore, a longer respiratory event duration led to greater changes in heart rate and higher ultra-short-term variability in heart rate, and these two changes were said to be stronger during the airway's complete obstruction.

According to Early Stage Researcher Salla Hietakoste from the University of Eastern Finland, the study's lead author, the research "sheds important new light on the cardiovascular load nocturnal respiratory events cause" in patients who OSA.

The other study, which ERJ Open Research published in early 2020, showed that changes like pulse rate gauged via finger photoplethysmogram were linked to "performance in psychomotor vigilance task or PVT in OSA patients.

Patients performing poorly in the PVT had a considerably higher nocturnal heart rate. Samu Kainulainen from the University of Eastern Finland explained, by "taking a better look at polysomnography data" for respiratory occurrences and heart function, they might be able to determine the patients with higher risk for lower vigilance and alertness.

In both studies, results were more noticeable in men. The said research findings proposed that the abundance of existing data from present clinical sleep investigations could be used more extensively in the future.

Heart-rate and heart-rate variability-related data could plausibly be used with OSA's present diagnostic parameters to get a more demonstrative scenario and to better determine higher-risk patients.

Check out more news and information on Sleep Problems in Science Times.