About 9,000 years ago, corn, as it is popularly known at present, did not exist. Ancient peoples from southwestern Mexico experienced came across a wild grass also known as teosinte that had ears smaller than a pinky finger that had just a handful of stony kernels.

Nonetheless, by stroke of necessity, said indigenous cultivators found potential in the grain, adding it to their regular diets and putting it on a path to turn into a domesticated crop that presently feeds billions of people.

According to Phys.org, despite how essential corn or maize is to present-day life, there is a discrepancy in "understanding its journey through time and space." To fill in some of the said gaps, a team co-headed by Smithsonian scientists have now used ancient DNA.

New research, which unveils details of the 9,000-year history of corn, is a leading example of how a basic study on ancient DNA can produce insights into the history of humans that would otherwise be inaccessible. 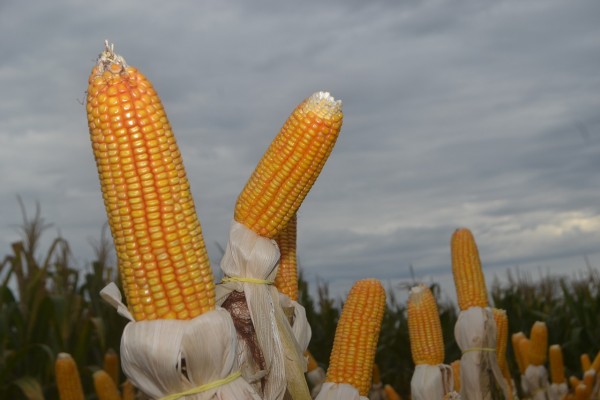 (Photo : Mariana Lazaro mari_lazaro on Pixabay)
A new research, which unveils details of the 9,000-year history of corn, is a leading example of the ways that basic study on ancient DNA can produce insights into history of humans that would otherwise be inaccessible.

According to Logan Kistler, co-lead author and curator of archaeogenetics and archaeobotany at the Smithsonian's National Museum of Natural History, domestication, "the evolution of wild plants over thousands of years into crops" that feed people today, is debatably the most substantial process in the history of human. Corn is one of the essential crops presently grown on earth.

Kistler also adds, understanding more about domestication's evolutionary and cultural context can provide valuable information about this food crop as many people depend on it entirely and its role "in shaping civilization as we know it."

In the Proceedings of the National Academy of Sciences journal's December 14 issue, the co-lead author and a team of collaborators explain the completely sequenced genomes of three approximately 2,000-year-old cobs from El Gigante rock shelter in Honduras.

Specifically, analysis of the said three genomes shows that these millennia-old assortments of Central American corn had "South American ancestry" and adds a new chapter in a developing multifaceted story of the domestication history of corn.

Kistler explains, in their study, they show "that humans were carrying corn from South America back towards the domestication in Mexico."

This would have offered an infusion, he elaborates, of genetic diversity that may have contributed resilience and improved productivity.

Surprised to discover completely domesticated maize at El Gigante coexisting in a region not far from the site partly domesticated maize had been found in Mexico, Kistler and the University of California, Santa Barbara anthropologist Douglas Kennett, who co-leads the project and teamed up to inherently identify where the El Gigante corn originated.

El Gigante rock shelter, says Kennett, is extraordinary as it comprises "well-preserved plant remains spanning the last 11,000 years." In addition, he explains, more than 10,000 remains, from whole cobs to incomplete stalks and leaves, have been discovered.

A lot of these remainders date late, although, through broad radiocarbon research, study authors were able to detect some remains dated as early as 4,300 years ago.

They looked for archaeological strata that surround El Gigante rock shelter for kernels, cobs, or anything else that might produce genetic material. The research group began to work toward sequencing some of the 4,300-year-old samples of the site, the oldest crop traces identified in El Gigante.

Over two years, the group tried sequencing 30 samples, although only three were of appropriate quality to sequence a complete genome.

The three feasible samples all originated from the recent layer of the occupation of the rock shelter, carbon-dated from 2,300 to 1,900 years ago.

What the Cobs' Shape and Structure Suggest

Even though study findings only cover the corn samples in El Gigante dated to roughly 2,000 years back, Kistler explains, the cobs' shape and structure from the approximately 4,000-year-old layer suggests they were almost as productive as those he and his co-study authors were able to sequence.

It means the blockbuster crop enhancement likely took place before instead of during the superseding 2,000 years or so, splitting these archaeological layers at El Gigante.

The research team further theorizes that it was the South American varieties of corn's introduction which include their genes, likely at least 4,300 years ago, which may have augmented the productivity of the corn of the region, as well as the crop's prevalence in the diet of those who lived in the broader region, as found in a recent research that Kennet led.

To date, according to the co-lead author, they are beginning to see a convergence of data from multiple Central American studies specifying that corn was turning out to be a more productive staple crop of increasing dietary essentiality between 4,700 and 4,000 years back.

Check out more news and information on Corn on Science Times.