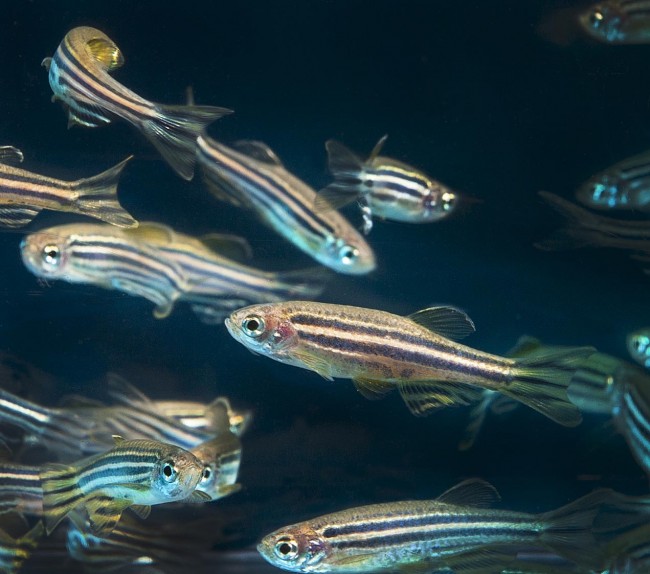 As climate change increases average global temperatures and creates more extreme heatwaves, researchers worry that not all organisms can still adapt and survive.

A study led by the Department of Biology at the Norwegian University of Science and Technology (NTNU) has spent four years studying zebrafish (Danio rerio), a species of tropical fish, and how it adapts to warmer climates, especially extremely warm periods.

"It looks like evolution is slower than global warming in this case," says associate Fredrik Jutfelt from NTNU, who also serves as the senior author in the study. Their findings are published in the Proceedings of the National Academy of Science (PNAS), December 14, with Dr. Rachael Morgan - now with the University of Glasgow - as the lead author.

"This is the largest artificial evolution experiment that has been performed on vertebrates with a focus on heat tolerance," Jutfelt added.

The zebrafish used in the study were first caught in the wild, then deliberately bred by the researchers based on their adaptability to extremely warm periods. It covered close to 20,000 individual species over six generations. Jutfelt added in an NTNU press release that zebrafishes can develop heat tolerance, with their team developing individuals with better adaptability to heat.

Additionally, researchers managed to measure the species' evolutionary adaptation to increasingly warmer environments. "The problem is that evolution takes many generations. Evolution only increased the heat tolerance in the fish by 0.04 degrees C per generation," Jutfelt added. "This is slower than the warming experienced by many fish in many places."

"Now the globe is warming so fast that the fish may not be able to adapt to the warmest periods efficiently enough," Morgan noted.

Evolution implies that species best suited to their environmental conditions are able to generate more fertile offsprings compared to other species. Over long periods of time and several generations, these small adaptations accumulate and eventually cause physiological changes to the species itself.

One direct effect of climate change is global warming, the continuous increase of the Earth's average temperature. This phenomenon also causes more frequent and more intense heatwaves. Jutfelt explains that organisms' abilities to withstand heat and acclimatize, and the ability to pass it to their offsprings, will determine their overall adaptability to these changing conditions.

In the study, one group of zebrafish spent two weeks in warmer waters before the researchers conducted artificial selection to see if evolution would increase its capacity to acclimatize, only to find out it did not.

Morgan explains: "Instead, the greater the ability of the fish to cope with the worst warm periods, the more their ability to acclimate decreased. So the gain in the form of higher heat tolerance was partly offset by a lower ability to acclimate." She also noted that all things considered, the rate of zebrafish evolution was "probably faster" in their laboratory setting compared to nature.

Seeing how some zebrafish populations, and probably other tropical fish species, seem unlikely to keep up with the increasing temperatures, even evolution might not be able to save them. "That is surprising and sad, and it means it is important that we stop warming the planet," Jutfelt concluded.