Apathy is the lack of interest or motivation to do anything. It could also be a symptom of a serious mental health problem, like Parkinson's disease, and dementia which involves thinking and using emotions.

According to WebMD, apathy is not feeling much of anything. What excites you in the past does not excite you anymore. Apathy makes the person no longer feel motivated to achieve their goals.

According to research led by Professor James Rowe of the University of Cambridge, apathy offers a window of opportunity to treat dementia at its earliest stage several years before its symptoms appear. 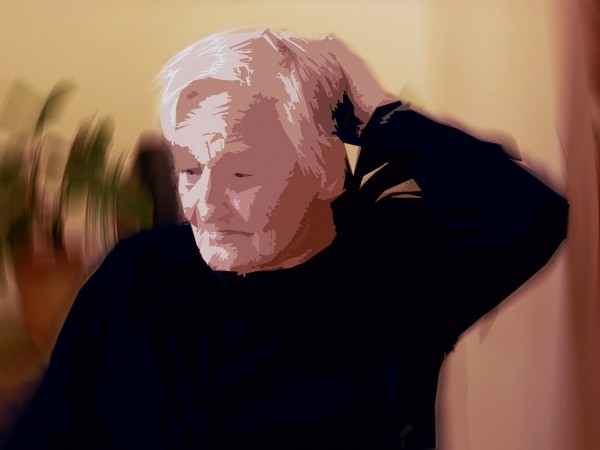 (Photo: Pixabay)
Apathy Could Predict the Onset of Some Forms of Dementia Before Symptoms Appear

Apathy is a Symptom of Frontotemporal Dementia

Frontotemporal dementia is one of the most common types of dementia among younger people between ages 45 and 65. The disorder changes the person's behavior, language, and personality, which leads them to act impulsively, behave in socially inappropriate actions and display repetitive or compulsive behaviors.

Apathy and frontotemporal dementia have something in common, according to Science Daily. They both display a loss of motivation, initiative, and interest in things, which sometimes others might see as depression or laziness, but experts suggest it is not.

Brain scans showed that some parts of the brain of a patient with frontotemporal dementia have shrunk, and the more shrinkage it is, the worse the apathy also.

But according to the study, apathy could begin even decades before the symptoms of dementia occur. It is linked to a decline in function, decreased quality of life. According to cognitive scientist Maura Malpetti of the university's Department of Clinical Neuroscience, loss of independence and poorer survival.

ALSO READ: Passing Out Drunk Could Double Risks of Dementia

How Does Apathy Predict Cognitive Decline Even Before Symptoms Appear?

Professor Rowe's study was published on Monday, December 14, in Alzheimer's & Dementia. In his study, he demonstrated how apathy predicts cognitive decline even when there are no symptoms yet.

He and his team looked for changes in apathy. They conducted memory tests and MRI scans on their participants, divided into two groups: those with faulty genes that cause frontotemporal dementia and those with normal genes.

According to Malpetti, even small changes in apathy could reveal a change in cognition. They also found local brain shrinkage in brain areas responsible for initiative and motivation years before the symptoms of dementia occur.

Moreover, they found that people with genetic mutations are more likely to experience apathy than their family members who do not have that genetic mutation, which increases over the next two years. Apathy predicted the cognitive decline, and this even accelerated as the person grows older and reaches the age of onset for symptoms.

Co-author Professor Rogier Kievit said that apathy progresses faster in those at greater risk of developing frontotemporal dementia. Even if participants felt no symptoms initially, they still end up showing greater apathy than others. "The amount of apathy predicted cognitive problems in the years ahead," he said.

There are many reasons for apathy, and treating it is important to address the possibility of developing dementia, especially to those who have a family history of dementia.

Check out more news and information on Dementia in Science Times.