After several months of getting bodied in the news cycle, NuScale Power, a small modular nuclear startup, has an added potential path to the various energy market.

In a new assessment run by the Idaho National Laboratory of the United States Department of Energy, the nuclear module of NuScale performed "effective catalysis for hydrogen."

One of the news sites that came out with this latest development in the industry posted its report on its website.

Specifically, it indicated the updated analysis that found, with the 25-increase in a Nuclear Power Module or NPM's power output, one "250 MWt NuScale module" has the capacity to yield about "2,053 kg/hour of hydrogen" or almost 50 metric tons per day, "an increase from 1,667 kg/hour of hydrogen or 40 metric tons" each day for a 200 MWt NuScale module.

The company also said the said numbers mean that appropriately set out nuclear modules could compete with solutions that exist, such as solar-hydrogen plants, to remove the need for fossil fuel hydrogen. For those in doubt, NuScale said, this is "a combination of two snake oil." 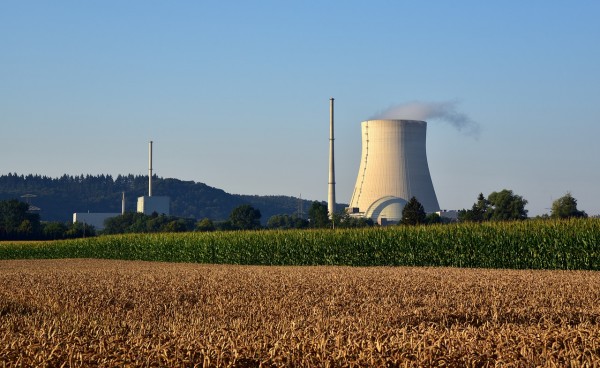 Use of Traditional Nuclear Technology

Tiny nuclear is quite popular globally, but NuScale has gained the most attention both for good and bad reasons.

The nuclear firms' product is the nearest to reach the market as it utilizes a lot of traditional nuclear energy, which, critics claim, make it quite much like what took place before.

More so, the detractors are mad, too, that NuScale has gotten a massive amount of funding and support from the government.

Essentially, hydrogen is a theoretical source of renewable energy that's presently mired in the fossil supply chain. That's primarily because nearly there's no "free" hydrogen that exists in nature. Everything needs to be shaken loose from water, for instance, or from hydrocarbons.

This then has prompted critics to claim that hydrogen is mainly a fossil fuel as of this present time, and they are not right about it.

However, innovators have crowded into the hydrogen space to make easier, cleaner, and more abundant hydrogen that will cost more affordable for consumers and the Earth.

As for the hydrogen evaluation of NuScale, there arose the question of how the two technologies meet. One of the key answers this industry says is essential to the future of energy is in the so-called "processing heat" used for some things such as home HVAC, "and forging, and smelting."

As the said report explained, process heat from the module of NuScale is heating water and then destroying the hydrogen from the ultra-heated steam.

In the release of NuScale about its product's evaluation, the firm promotes the flexibility and versatility it claims the modular brings.

This has been a major promotional point for ninny nuclear across the board, together with enhanced containment and safety results, due to advanced design in such reaction units.

Large nuclear plants could still be the ideal option in key big cities or populated regions, combined with growing renewable energies like hydro, wind, and solar.

However, they could be keen to employ hydrogen for refueling for small, remote places, although they lack access to large nuclear infrastructure.

ALSO READ: Here's What a New Offshore Wind Turbine Can Do

Check out more news and information on Nuclear Reactor on Science Times.