Here’s What a New Offshore Wind Turbine Can Do

The pioneering large-scale offshore wind farm in the United States may utilize the world's largest wind turbine, according to the Union of Concerned Scientists. In its blog post, it mentioned a few considerations regarding what the development means.

The developers of the Vineyard Wind project off Massachusetts recently announced they would be using GE wind turbines, specifically, the GE Haliade-X.

That particular turbine recently received a capacity upgrade from a "world-leading 12 megawatts to an even more world-leading 13 MW."

Such developments got energy specialists and scientists thinking about both the project itself and the wind turbine. 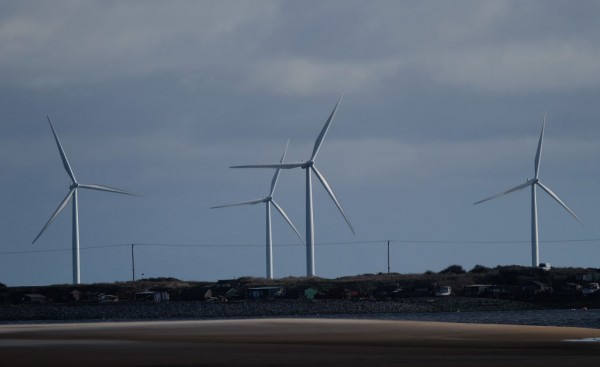 (Photo : Ian Forsyth/Getty Images)
The offshore windfarm near Redcar is seen from onboard the boat, High Tide Adventurer on the River Tees

The announcement said, for turbine, there would be more power with 37-percent additional, compared to the original 9.5-megawatt turbine that the Vineyard Wind project might have used. it is a pioneer which got installed in Europe earlier this year, and more than twice the six-megawatt turbines deployed off Block Island, RI, a few years back, and off Virginia, in early 2020.

Also announced was that 13 MW would mean "that a turbine going full out could yield 312 megawatt-hours each day, and certainly, that's what has been done by the model, deployed in the Dutch city of Rotterdam, GE said. Meaning, that's eight percent more than the record set previously by the 12-megawatt version.

Now at 107 meters, each of the 12- or 13-megawatt turbine blades is described to be "long enough to stretch specifically on an American football field."

.@GErenewables #HaliadeX #offshorewind turbine just set a(nother) 🌎 record: the prototype in Rotterdam produced 312 MWh in a single 24hr period, breaking previously record of 288 MWh in a single day ⚡. 1 spin of a Haliade-X 13 MW could power a UK household for more than 2 days pic.twitter.com/zGXT7gtFpT

Energy at Home in Seven Seconds

As earlier mentioned, a turbine that goes full out could generate 312 MWH, making analysts think about the amount of electricity an average home uses considering these parts, and wonder how it compared.

If one is to calculate, at full power, that size of a turbine could cover the everyday electricity needs of one whole household in less than seven seconds.

Certainly, not every day is that windy. Meaning, some energy transmissions are lost from the turbine going to homes. One would need storage to use the other over 86,000 seconds worth of power generated within the day.

The manufacturer itself provides another way to make the comparison between home and turbine, "a single spin of the turbine," according to GE, could power a household in the UK for more than two days.

While identifying the UK is essential, due to their lower electricity use per home, the computation still works out to a single spin of blades producing sufficient energy for each day for the average home in at least 10 to 12 most efficient US states.

The year 2020 may have been considered a "troubled year," although experts say they have seen many cool stats about the momentum of clean energy.

Some of these stats include new technology, new records, not to mention better economics. However, within the eminent body of news, such developments are noteworthy.

The next steps for making the project possible comprise the Vineyard Wind Project obtaining the federal permitting process. Part of the announcement made this week was that they are pausing things for their part" to enable the project team to conduct the final technical assessment" linked to the upgrade of turbines.

However, energy analysts said that the pause needs to be brief, and the project is still targeting to have the clean electricity started flowing in 2023. For now, they added, visualize the blades of wind turbines spinning, and count until seven.

Check out more news and information on Wind Turbines on Science Times.