In commemoration of its 30th anniversary, the National Aeronautics and Space Administration has published spectacular new images taken by the Hubble Space Telescope.

Most commonly referred to simply as the Hubble, the Hubble Space Telescope has helped thousands of scientists grasp the enormous world surrounding us, collecting pictures of galaxies from millions of light-years away to stars and planets lost inside our own environment.

Dr. Jennifer Wiseman, the senior project scientist at NASA Hubble, said that Hubble is a great telescope. She clarified that this 30-year-old instrument is circling the planet in space to get over the blurring influence of the Earth's atmosphere.

Photos of vivid nebulae, galaxies, and even star clusters are included in the set of new pictures. 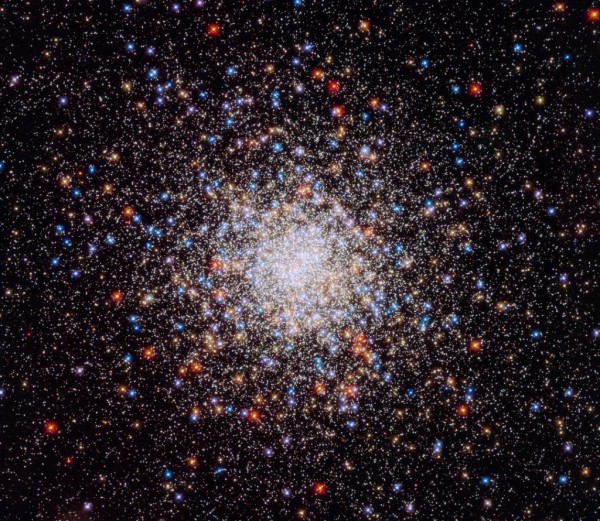 Wiseman also said that astronomy enthusiasts worldwide demanded the photographs and that several of these images might probably be recognizable to them as the images taken from a collection can be seen from a backyard telescope.

The pictures were from a collection known as the Caldwell catalog, collected by a British amateur astronomer and science communicator, Sir Patrick Caldwell-Moore.

According to an official NASA article, the Caldwell catalog was influenced by a much earlier catalog by French astronomer Charles Messier, regarded as the Messier catalog, which contained over 100 astronomical artifacts that might' trick fellow comet hunters into believing they had found new comets.'

The journal "Sky & Telescope" first released the catalog in December 1995 included 109 photographs of star clusters, nebulae, and galaxies light enough to be seen by amateur astronomers.

In Messier's, even the cosmic phenomena in Caldwell's collection are not found.

The space agency agreed to announce more than 50 new photos taken by the space telescope for Hubble's 30th anniversary, with 30 of them found in the Caldwell catalog.

Throughout its lifetime, the space telescope has collected photos that enable physicists and astronomers here on Earth to discover the vast cosmos' mysteries. Still, so far, not all of them have been processed for public release.

The Hubble Caldwell catalog would also contain a simple star map of where amateur observers can locate the object so that they can personally see it from their own backyard telescope, in addition to viewing spectacular, high-resolution photographs of these astronomical phenomena.

Originally deployed onboard the Space Shuttle Discovery in April 1999, the Hubble Space Telescope has operated non-stop and been updated five times since then.

Click here for those who want to display the latest pictures from Hubble's Caldwell catalog.

Thanks to its "data sonification" software, NASA has also shared some videos of just what two supernovae and a colliding cluster of galaxies "sound" like. Hubble also recorded these data!

NASA published that the lowest frequencies reflect dark matter, while the highest frequencies are allocated to X-rays. The galaxies are in the mid-range frequencies in the picture shown by Hubble records, the space agency added.

The pitch is set to rise from the bottom of the picture to the peak, according to NASA, so that artifacts generate higher tones towards the top.

The time-lapse video displays measurements taken between 1999 and 2013, with the blue showing the Chandra X-ray Observatory and the orange and red indicating the Hubble.