A new scientific report recently concluded that plastics and the chemicals they leave behind in the environment pose a major threat to the health of humans.

According to Gizmodo, the said report identifies more than "140 chemicals readily available in plastic products" that can put the human body in danger, specifically through meddling with the endocrine system.

The result is a product of an alliance between the Endocrine Society, one of the largest organizations of scientists studying parts of the body that produces the endocrine system, and the International Pollutants Elimination Network or IPEN.

The work was authored by scientists in the United States and Sweden and is written as a review of the study conducted so far on plastics, as well as their probability of bringing harm to people, as well as other animals.

Collaborators of the said report looked at hundreds of studies from all over the world. Everything told, the report is said to have painted a dreadful image. 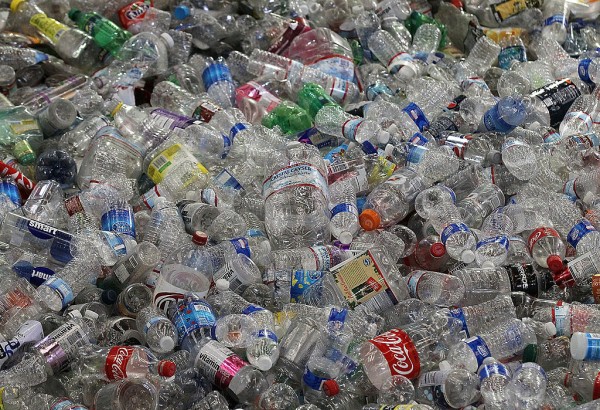 As indicated in the report, the main threat from plastic is coming from a group of chemicals that simulates hormones or can otherwise intervene with their function in the body.

Hormones are naturally-yielded chemicals that help control almost every bodily function humans have, "from metabolism to sleep to fertility."

Furthermore, the report has identified over 140 of these endocrine-disrupting chemicals or EDCs, that are usually found in plastic products used every day.

Such chemicals comprise per- and polyfluoroalkyl substances or PFAS, phthalates, bisphenol A or BPA, and toxic metals such as cadmium and lead.

Also, according to the report, some chemicals are deliberately added to plastics to enhance things like their durability for one, while other byproducts are leaching out into the environment after disposal of plastic products into landfills or the oceans and "break into microplastics."

One more major problem is that, since plastics are all over, humans' exposure to EDCs is almost universal, too.

Meaning, there is no place to hide from such chemicals, and it is making it hard to understand the exact impacts of EDCs as there are no actual control groups of exposed individuals to use for comparison.

Still, Jodi Flaws, the lead author said, the harm EDCs cause might be comparable to other common environmental toxins such as cigarette smoke.

Nevertheless, as previously noted, EDCs are in nearly all places, so they are more difficult to avoid compared to other pollutants like smoke, for one.

EDCs' being ubiquitous means that it will take a worldwide initiative on the countries, as well as the plastic-manufacturing companies' part, to actually change things.

So far, the report specified that initiative has been missing. Supposedly, safer substitutes to BPA used in the past years, for example, appear to result in similar toxic effects, while what's known as so-called biodegradable plastics frequently have similar chemical additives to conventional plastics.

The advantage is that a lot of similar steps that would make less for EDCs, such as easing humans' reliance on fossil fuels, the source of most plastics, would save the climate from constantly changing in hazardous ways.

The report recommends too, stricter regulations of the government in terms of use of ECDs in plastic products, which include outright bans, incentivizing firms to create safer alternatives, and improving the recycling process for plastics, which can lead to the introduction of other EDCs such as dioxins into the environment.

In an initiative which the author lauded, for example, Switzerland, earlier this year became the pioneering country to propose adding a UV-stabilizer, one EDC class that has not gotten much attention as others, to a list of hazardous chemicals which global UN treaty, Stockholm Convention on Persistent Organic Pollutants has maintained.

Check out more news and information on Climate Change and Plastic Waste in Science Times.